NZ will need to lift its trade policy game – expert 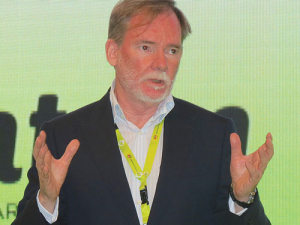 New Zealand will have to be extremely active – even by its own standards – in trade policy, given the nature of the disruption caused by the new Trump administration.

That’s the view of Crawford Falconer, now professor of international trade at Lincoln University, and formerly a senior trade official including NZ ambassador to the World Trade Organisation (WTO).

He says despite everyone’s best efforts, the new US administration has cost NZ and others about four years progress in pursuing trade issues. And he says NZ must be careful it loses only four years – not eight.

“We need to be more active with our friends outside the US – engage more heavily with China and Japan and get even closer to the Australians,” Falconer told Rural News.

“We need to work together as a group to get US attention, not corner them but set out an alternative model which causes sane and sensible people inside the US to say ‘these guys are moving ahead and we are missing out’. That’s what will change US policy.”

Falconer says this ‘missing out’ idea will slowly start to be taken on board by US exporters and politicians, who will see NZ and others gaining special access to key markets such as Japan and ASEAN when the US is not.

This could spark a change in thinking in US trade policy.

He says the Trump administration has cost NZ an ally in regional multilateral trade negotiations and to lose US support for TPP is unfortunate because of the economic loss.

Falconer also believes the US will be less supportive of the WTO process.

“It’s possible we will see some increase in US protection against imports from some of its trading partners, but it’s unlikely they are going to go for a massive increase in tariff barriers. There may also be some ugly scenes between them and China which hopefully will be manageable, but will be a bit disruptive.”

Falconer emphasises that US trade policy is not run directly from the Trump inner cabinet; instead it is Congress which largely controls this portfolio and this may help restore sanity and pragmatism to this area.

“I believe pragmatism will prevail, but you can’t be certain of that because politics is littered with examples of people doing things which are not in their own interest. As I see it, the Congress will always [stand in the way of] the US going completely ape in that regard,” he says.

Falconer says NZ has to put all possible resources into persuading other countries to support our position and be strategic and smart in our approach. He says once the UK has extracted itself from the EU it could become an important ally as they want to be a global leader and will look for friends such as NZ.

Falconer says the notion that trade is something nice to have but mildly irritating is a thing of the past.

“Trade is absolutely vital to our economy because we cannot survive without it,” he says.