NZ agritech to get a Govt push 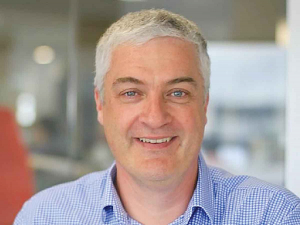 David Downs believes there is potential for NZ’s agritech sector to become a high export earner.

It looks like the agritech sector is set to get some backing from the Government.

The Draft Agritech Industry Transformation Plan (ITP), in the making for more than 12 months, forms part of six sectors identified by MBIE that will benefit from government support to raise local and export earnings in this fast-moving sector.

The Technology Investment Network (TIN), an independent source of information on NZ’s technology sector, suggests that the top 20 NZ tech companies generated $1.4 billion in 2019 – with 57% exported and 43% in sales to the local market. These companies also employed around 5,000 people, generating $283,000 of revenue per head employed.

Currently, the sector is dominated by large, high-tech manufacturers – such as Gallagher Group, NDA and Tru-Test – which, with others, make up 37% of the sector. These are followed by many companies earning between $25-$100 million in annual revenue – such as Waikato Milking Systems, Simcro and DTS.

ITP lead David Downs suggests that the number of new entrants to the sector is still relatively low.

“Agritech could be bigger, but I believe it got side-tracked by gadgets on farms,” he claims.

In making the agritech sector one of MBIE’s six key sectors, there is potential for it to become a high export earner. However, it will also deliver a number of home-based advantages – not the least improvements in productivity and sustainability, alongside helping to address global challenges such as feeding a growing population and countering climate change.

Scheduled to be launched in Rotorua in early April, but shelved due to the COVID-19 lockdown, the plan will now move forward with several high impact projects.

The first will see the establishment of a Horticultural Robotics Academy, tasked to improve collaboration across NZ researchers, growers, tech solution providers and the Government. This aims to accelerate the development of robotics to address current and ongoing labour shortages, a problem likely to be with us for a long time, post-COVID.

A second area is participation in the Farm 2050 Global Network Project, with the aim to identify disruptive technologies in nutrients – via extensive trials, address agricultural environmental concerns, while offering NZ the chance to “scale up” quickly by taking on board global opportunities.

There will also be the establishment of a Specialised NZ Agritech Venture Capital Fund to address the gap in early-stage funding for the agritech sector.

The ITP will also address core issues, including connecting NZ agritech to global opportunities and better collaboration with Australia.

A further point in the plan will be to create better connections between developers, industry and the end-users to ensure development dollars are not being spent to address problems that don’t exist.

On the employment front, a further work stream will set out to address the skills needs and staff shortages, upskilling existing employees, with a likely input to help “retrain” displaced workers.

At a government level, there will be improvements to the transparency of support, better communication between government departments and a better understanding of the agritech sector.

“We envisage this as a two-to-three-year project, some areas of which have already commenced,” Down adds.

“But with others subject to the 2020 budget allocation, that might have been compromised by COVID-19.”