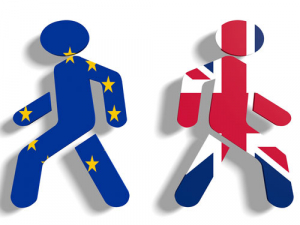 Trade Minister Todd McClay has published a summary of what New Zealand businesses think about Brexit.

Trade Minister Todd McClay has published a summary of what New Zealand businesses think about Brexit and the impact they believe it could have on trade with the United Kingdom – New Zealand’s fifth largest trading partner.

This follows a public consultation held earlier in the year to better understand the position of New Zealand exporters and investors into the UK market.

A total of 18 submissions were received, with businesses sighting a combination of potential opportunities and challenges from the United Kingdom’s decision to separate from the European Union.

“Understanding the views of New Zealand businesses is fundamental to ensuring that the Government focuses on the areas that count for our exporters,” says McClay.

Some businesses thought the UK might move towards a more open market and indicated that this could boost trade. Several companies emphasised the importance of the UK and the EU respecting their WTO commitments.

Conversely, a number of submitters expressed the view that the UK may adopt a move towards greater protectionism.

“Specifically, some businesses saw an opportunity for the UK to streamline standards and compliance, which would impact positively on trade,” says McClay.

“Last month, I established a trade policy dialogue with UK, laying the foundations for a more formal trading relationship with the UK once it is in a position to negotiate independently of the European Union.

“Yesterday, in London, I met with Alok Sharma, the UK Minister for Asia and the Pacific and reiterated New Zealand’s intention to work with the UK to preserve and enhance our important and longstanding trade relationship.

“I have had similar conversations with UK Trade Minister, Liam Fox, and am grateful for the assurances that New Zealand’s trade interests will be protected in this changing environment.

“This latest feedback from New Zealand businesses will help to ensure that we safeguard New Zealand’s interests as this process unfolds,” says McClay.