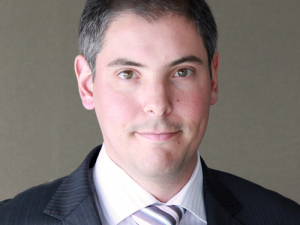 A "new world order" is emerging in the global fresh fruit and vegetable trade, according to a recently-released research report.

And this will challenge New Zealand's horticulture sector to position itself to compete and grow in the "export markets of tomorrow".

In the report, New World Order? – Up-and-Coming Players in the Fresh Produce Trade, global agribusiness banking specialist Rabobank says the face of the fresh fruit and vegetable trade is rapidly changing – with new growth markets emerging in Asia and the Middle East and up-and-coming exporting nations, such as Mexico and Peru, rising in prominence.

Report co-author, Rabobank senior analyst Marc Soccio says while Europe remains the world's leading import market for fresh fruit and vegetables – and still a market of significant appeal – in recent years much of the growth in demand has been generated out of the US and Chinese markets, with New Zealand horticultural exporters among those experiencing rapid growth into China.

"Both the US and Chinese markets are very diverse in terms of their stage of development and the demands they place on produce exporters from around the world, but they have one thing in common – the rising diversity and quality expectations they have when it comes to their fresh fruit and vegetable imports," Soccio says.

The report says while China and the US remain the two big 'growth engines' for global fruit and vegetable import demand, over recent years a number of other countries have been emerging as attractive growth markets. These include Thailand (where fresh fruit and nut imports grew by 120% or USD 387 million from 2009 to 2014), Malaysia (+108% or USD 274 million), South Korea (+173% or USD 1.038 billion) and the United Arab Emirates (+102% or USD 1.082 billion).

In these countries, the report says, more temperate climate fruits, such as citrus, grapes, pome fruit, stone fruit, kiwifruit and berries, are also being imported in far greater volumes and values.

In rising to meet the challenges of these new growth markets, the ranks of the world's leading produce exporters are also changing, the Rabobank report says, as new and ambitious suppliers, such as Mexico and Peru, quickly establish their credentials on the world stage across an increasing range of crops.

Nations including Morocco, Thailand and Vietnam are also seen as strategically well-placed to capitalise as they look to better organise and orient themselves to meet the product and quality requirements of today's high-value import markets.

Soccio says established fruit and vegetable exporters – such as New Zealand and also Chile, China and the US – are "naturally looking to play a growing role in global trade, although the up-and-coming nations including Mexico and Peru are undeniably rising in prominence".

"Those in the world's leading high-value fruit and vegetable-exporting nations are seeing these two up-and-coming nations looming increasingly large on their radar screens. Both Mexico and Peru have experienced remarkable growth in recent years, especially in many of the high-value categories where other more established horticultural-exporting nations have previously staked their claim," he says.

The report says similar to Chile before them, Mexico and Peru have benefited from strong inflows of foreign direct investment which have helped them to capitalise on their reliable and versatile growing climates, strong government support and relatively low labour costs.

"While countries like New Zealand and Chile continue to display good growth in many selected crops, the impact countries such as Mexico and Peru are having on global trade in many major horticultural crops is quite remarkable," Soccio says.

Mexico is already established as the world's third-largest volume exporter of fresh fruits and vegetables, with a predominant focus on North American markets, and continues to rapidly grow both its export volume and value.

While the value of Peru's fresh fruit and vegetable exports equated to roughly one-fifth of the size of Mexico's horticultural exports in 2015, these exports have grown at double the rate of those of Mexico over the past five years to become Peru's second-largest export earner, after minerals and energy.

Ultimately, the rising value of global food and export demand suggests there will be room for all export players in this 'new world order', the report says, but among established exporters, such as New Zealand, this will "require some adjustment and continued investment in the means of production and markets in order to underpin growth and prosperity in years to come".

In some aspects, it says, lessons can be learned from the success of up-and-coming fruit and vegetable exporters, in particular in investing in infrastructure to unlock the potential of key resources such as irrigation water, and welcoming foreign direct investment from partners with close ties to growth markets.

"This has already begun to take place, with recent investment from strategically-aligned Chinese companies into two of New Zealand's largest horticulture operations, Turners and Growers and Scales Corporation," Soccio says.

At the same time, sustained investment in R&D – both at individual business and industry level – continues to be an essential driver of the innovations that set countries apart, both now and into the future, Soccio says.

"It is important for new on-farm/post-harvest technologies to be developed in order to raise the bar beyond the reach of up-and-coming supplier countries. Together with a strong understanding of the needs of consumers and customers in key export markets, this can deliver valuable and sustainable points of difference from which to compete and grow," he says.

The horticulture industry has come out of the Covid-19 lockdown more resilient and with better people management skills.