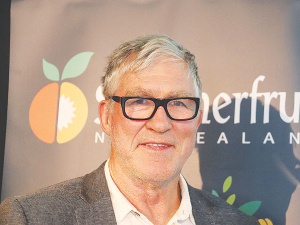 Summerfruit NZ's new chair says the biggest problems facing growers are the ongoing labour shortage and the difficulty getting produce to overseas markets due to the logistics crisis caused by Covid-19.

Roger Brownlie took over from Tim Jones at the organisation's recent AGM. He hails from Hawke's Bay and runs an orchar in partnership with his wife.

They grow a range of summerfruit including apricots, nectarines, cherries, and a few apples. At the peak of the season, they employ about 30 staff to pick and pack their crop.

Brownlie says at some time in the near future there will be a bumper season for summerfruit out of the South Island, which will need extra labour and good logistics to get to market. He says the sector will be focusing on working collaboratively with HortNZ to get a positive response on these issues from government.