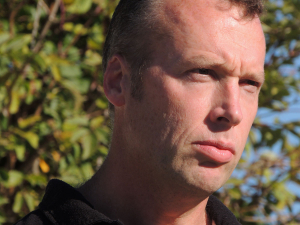 The new award, which is supported by the New Zealand Farm Environment Trust and NZ Landcare Trust, is designed to commend catchment groups and the work they do across New Zealand.

The award is open to catchment groups from all eleven regions in which the awards operate.

Ryan says that aside from the new honour, other awards on the programme have been updated “to ensure that it aligns with the latest sector thinking around good practice”.

He says the new criteria have been tested with both farming and rural professionals and the trust believes participants will be provided with clear guidelines of the assessment framework.

On the subject of potential winners, Ryan says the judges are looking particularly for innovation.

“We cater for farmers and growers at all stages of their sustainability journey and encourage people to get involved regardless of where they see themselves on this journey. To be successful in winning an award we expect to see examples of innovation and a commit- ment to stewardship,” he explains.

“Farmax is thrilled to be supporting the awards which showcase some of the country’s most sustainable and profitable farmers,” says Farmax chief executive Gavin McEwen.

“The awards align with the core belief of Farmax, which is that profitable and productive farms are not mutually exclusive from sustainable ones,” McEwen adds.

Entries have opened for the 2021 Ballance Farm Environment Awards, including a new award.

The supreme winners of the 2020 Ballance Farm Environment Awards Northland region are urging farmers to enter the competition.

Producing food for many generations

Profitability, the platform for going greener

Farms first have to be profitable if they are to meet environmental and other targets, say the Regional Supreme Winners of the 2020 Canterbury Ballance Farm Environment Awards, Tony Coltman and Dana Carver.