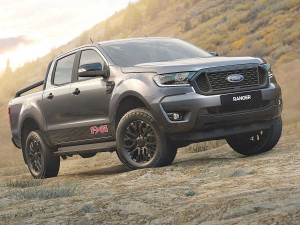 The new ute tax regime will add $2,900 to the cost of a new Ford Ranger from January next year.

Farmers are again the hapless targets of new government regulations - this time to reduce the country's car fleet carbon emissions.

Earlier this month, Transport Minister Michael Wood announced the Clean Car Discount scheme, which would see people buying new electric vehicles (EVs) eligible for a discount of up to $8,625. However, those purchasing emitting vehicles - such as petrol and diesel utes - will pay a tax on these. The fees go as high as $5,175 for a new import $2,875 for a used import.

Farmers and rural contractors, who need these larger, more powerful vehicles, will be hardest hit by the scheme and the new tax. Many will have no other choice but to pay the fee to buy the vehicles - mainly utes - they need.

Despite claims by both Wood and PM Jacinda Ardern that alternatives will be available, the Motor Trade Association (MTA) believes it will be at least another five years before electric utes are accessible. Even then, these are unlikely to be of a standard high enough for some of the tough work required on farms.

Ardern also claimed that Toyota will soon be bringing a new EV ute into the NZ market. However, her claim has been labelled as misinformation by the car manufacturer.

"I'd like to reiterate that we do not have any plans for a battery electric Hilux in our line-up in the next 18-24 months," said Toyota New Zealand's chief executive officer, Neeraj Lala. "It is irresponsible to suggest that customers stop buying non-electric vehicles immediately until there is an electric option available."

He added that the range and volumes of EVs needed to meet demand is simply not available.

The Motor Industry Association (MIA) has also poured water on such claims.l Chief executive David Crawford says that "speculation by ministers of when models are coming to the market is unhelpful and potentially misleading."

Now the Government is being urged to introduce a variable regime on higher emitting vehicles so farmers and rural contractors - who have no current choice but to run them - are not penalised.

Rural Contractors NZ chief executive Andrew Olsen says his members now face $3,000 penalties for buying a new ute. He says while his organisation supports reducing emissions from vehicles, the new charges for buying bigger new diesel and petrol cars should be applied to those who have other options.

"We have no problem if those who live in urban areas and have altenatives are charged a premium if they still want to buy a 'Fendalton tractor' or a 'Remuera Rover'," Olsen explains. "That does not apply to our members who live rurally and often remotely."

He adds that there are currently there are no vehicles that meet their needs, no EV charging stations on backcountry roads nor public transport.

Finance Minister Grant Robertson has ruled out an exemption for farmers and others on the fee for petrol and diesel vehicles. Last week at Fieldays, Ardern reaffirmed that there would not be any exemptions for farmers, claiming it would be "too hard".

"Farmers do not drive utes as a fashion statement; we need these vehicles. They are a practical necessity on the farm."

He says National will repeal Labour's car tax and reverse the punishment of hardworking farmers.

Meanwhile, Olsen says the only bigger size four-wheel drive he's aware of available as an electric or plug-in hyprid is the Mitsubishi Outlander.

"It's a nice car, but it's a bit 'soccer mum' for a rural contractor."

He says contractors need vehicles they can load-up with equipment and take into areas requiring serious four-wheel capacity like steep hillsides or still flood sodden farms.

Farmers are being encouraged to take their utes, tractors and dogs to town this Friday (July 16) to protest against government regulations.

Remarkably there are still many of the venerable Honda step-throughs operating on rural properties throughout New Zealand.