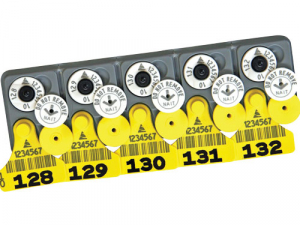 Dairy farmers are being urged to take a close interest in what is being proposed for NAIT.

Farmers are being urged to have their say on the National Animal Identification and Tracing (NAIT) review consultation now underway.

Its proposals address recommendations raised in the NAIT review published earlier this year.

DairyNZ chief executive Tim Mackle says it’s vital that dairy farmers take a close interest in what is being proposed, given the importance of biosecurity to the sector and to New Zealand.

“Mycoplasma bovis has highlighted the importance of an effective traceability scheme and every farmer should take the opportunity to express their view.

“We encourage farmers to look at the proposed changes on MPI’s website and provide their feedback.”

Beef + Lamb New Zealand (BLNZ) is also encouraging farmers to have their say. Chief executive Sam McIvor says while BLNZ supports many of the proposals being consulted on, any changes must be practical for farmers to implement.

He says an example of this is MPI’s interest in whether other species – for instance sheep – should be included in the scheme, on which BLNZ is urging caution.

McIvor says BLNZ will develop advice on the proposals to assist farmers in writing their own submissions. It will also survey farmers to help inform BLNZ’s own submission on the NAIT consultation.

“I’m determined to help transform it into an easy-to-use, world-class traceability system to keep our primary sectors and economy safe,” says O’Connor.

Earlier this year, a NAIT review found a variety of flaws in the system and that at least 50% of users were not recording farm-to-farm movements.

O’Connor says he instructed OSPRI to get on with making operational changes and fixed the NAIT Act 2012 under urgency to bring its search and inspection powers in line with other acts to ensure compliance officers can do their jobs.

“Now we need to hear from those who use NAIT every day to tell us what changes to the law will make the system both a useful business tool and an effective biosecurity tool.

“At the heart of these proposals is a shared desire by the Government, farming industries and all New Zealanders to improve NAIT to keep our primary sectors safe and ensure people blatantly disregarding the rules and putting the rest of the sector at risk are penalised.”

Acting OSPRI chief executive Pim Borren says the organisation has been helping MPI to develop the regulations and encourage all programme users to have their say.

Public consultation on the proposals ends on December 19.

1. PICA (person in charge of an animal) would now cover corporates as well as individuals. For example, this will cover everyone in charge of animals and now matches the requirements in other legislation, such as the Animal Welfare Act 1999.

2. NAIT tags would be assigned to a specific location; they would not be able to be used elsewhere. A NAIT tag is a lifetime tag applied to an animal at its birthplace (animals do not need to be retagged each time they move location).

3. Anyone transporting untagged animals without an exemption could be fined.

4. Animals that are ‘unsafe to tag’ (previously labelled ‘impractical to tag’) must be declared at any time before sending to the meat works.

5. Farmers must segregate untagged animals before tagging/returning them (unless at the meat works).