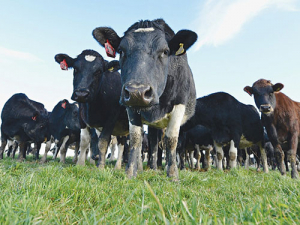 Southern Centre Dairies, near Winton, Southland, and its owner Alfons Zeestraten have been charged by MPI.

The farm suspected of being the likely source of the country’s Mycoplasma bovis outbreak is facing charges related to the importation of farm machinery.

It has been revealed that Southern Centre Dairies, near Winton, Southland, and its owner Alfons Zeestraten have been charged by the Ministry for Primary Industries.

Animal tracing from all known infections is believed to point to Southern Centre Dairies as the likely epicentre of the M. bovis outbreak. But the charges do not relate to the disease.

Law firm Chapman Tripp said in a statement signed by partner Garth Galloway that it is acting for Southern Centre Dairies.

“We confirm that charges relating to the importation of farm equipment in January 2018 this year have been laid by the Ministry for Primary Industries against the company and Mr Alfons Zeestraten as a director.

“MPI has confirmed the charges do not relate to the recent outbreak of Mycoplasma bovis discovered in New Zealand in July 2017.

“At this stage no further comment will be made while the matter is before the courts.”

A spokesperson for MPI also confirmed that the charges did not relate to M. bovis. “The matter is before the courts and we won’t be making any further comment.”

Stuff has reported that the charges will be called in the Invercargill District Court in November.