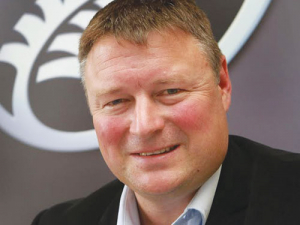 The loss included a $22.4m write-down following the sale of a controlling stake in the company to China’s Shanghai Maling for $267m at the end of last year.

Despite some minority shareholder and political opposition – led by the NZ First party – to the Shanghai Maling sale, it was completed in December 2016. SFF says the deal enabled the company to repay debt and avert a threat from its banking syndicate to withdraw support.

The company says it has now cut its net debt to $107m from $121m a year earlier and halved its finance costs to $14.8m, as well as having $17m in reserves. The Shanghai Maling sale has also enabled SFF to pay its first dividend since 2008.  Shareholders in the co-op will receive a special dividend of 30c a share on February 14.

Chairman Rob Hewett concedes Shanghai Maling is disappointed with the latest result.  “We had a good year last year and expected it to continue and it didn’t happen.”

Hewett blames falls in crucial markets in the first half, lower industry-wide volumes, unseasonal livestock flows and a strong dollar for its operating loss of around $7.5m.

He says beef and venison are doing “relatively well” compared to sheepmeat, though he admits “both have their challenges”.

Hewett does not rule out further plant closures as the meat industry, in general, copes with falling stock numbers and overcapacity in processing plants.

Last year SFF closed venison plants at Mossburn and Islington in the South Island, and a mutton processing plant at Wairoa in Hawkes Bay. It also closed its Canterbury coldstore.

Hewett says there is overcapacity in sheepmeat processing especially in the South Island.

“We regularly review our plants and where the livestock flows are going to come from in the future.  We make strategic decisions accordingly, as I expect our competitors will.”

He points out that SFF recently spent $5m building a new venison plant in Pareora, near Timaru, and a new packaging line at its Pacific Beef plant in Hawke’s Bay.

Hewett remains upbeat about the Shanghai Maling deal and believes it will allow the company to “unleash” its plate-to-pasture strategy and provide it with “unprecedented access” to China.

He says the investment has helped it to pay down debt and it hopes now to bring its strategy to China and other selected markets.

He says SFF has distributed $40m to shareholders since the deal was struck, including the special dividend and the redemption of its supplier investment shares, completed last week.

Silver Fern Farms recorded a $30.6 million loss last year as earnings collapsed in what the company described as a “very challenging year across the industry”.

In 2015 SFF posted a net profit of $24.9 million. The $30.6 million loss includes a $22.4 million impairment charge related to the Shanghai Maling investment.

Earnings before interest, taxation, depreciation and amortisation dropped to $32.1 million in the year ended Sept. 30, 2016, from $90.5 million a year earlier.

“While the result was in line with previous guidance of a small operating loss, it was nonetheless particularly disappointing and reflected a very challenging year across the industry,” chairman Rob Hewett said.

“The company managed its way through a tough year as a perfect storm hit with sharp falls in several end-markets in the first half, lower industry-wide volumes, unseasonal livestock flows which limited capacity utilisation, and a strengthening NZ currency through the year amplified in June by the Brexit event.”

“Looking ahead, whilst mild weather and strong grass conditions have delayed the start to the new season, we are confident that if a more settled operating environment prevails combined with the improvements we have undertaken and have planned, we will see the performance of Silver Fern Farms improve significantly in 2017,” chief executive Dean Hamilton said.

The redemption of approximately $5 million in remaining supplier investment shares and the payment of a $35 million special dividend are due to be completed by the end of February. Silver Fern’s annual report will be available ahead of its annual meeting, to be held in Dunedin in February.