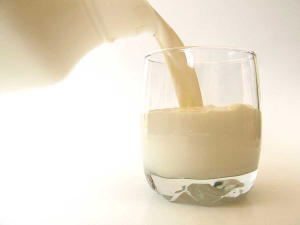 Westpac has raised its forecast payout for the season by 30 cents to $7.40/kgMS.

The bank has raised its forecast payout for the season by 30c to $7.40/kgMS.

“Stronger than expected dairy prices so far this season have boosted the outlook for this year’s payout, and dry weather is creating a risk that prices could go even higher in the short term,” says Gordon.

“However, our forecast still allows for some easing in world prices over this year as China’s economic growth slows and trade tensions remain high.”

Gordon says dairy prices have now recovered most of the sharp drop in the last auction of 2019.

He concedes there’s a risk that world prices could be squeezed higher in the near term, as dry weather restricts the global milk supply.

“That’s especially the case for New Zealand. DCANZ data shows that milk collections in November were up slightly on the previous year, and are up 0.5% for the season to date.

“But a lack of rain over the summer period has seen a rapid drying-out across many regions, which means that milk production could fall short over the tail end of the season.”

Meanwhile, it is not clear to what extent the Australian bushfires will impact the global milk supply.

The Australian dairy industry has already been hit hard by drought in recent times – milk collections over 2019 were down 7% on the previous year.

The rise in global dairy prices could be partially attributed to demand from China, says Westpac market strategist Imre Speizer.

OPINION: If you borrow money from the bank, it holds a grip (‘death pledge’) over you.