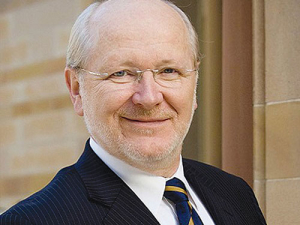 A full merger of Lincoln University and the University of Canterbury would be a “very unlikely” outcome of their partnership talks, says Lincoln vice-chancellor Professor James McWha.

The two parties have signed a memorandum of understanding (MOU) to explore “partnership and merger options”.

The MOU is aimed at “enhancing Lincoln’s unique 140-year contribution to the land-based sectors and the wider economy, with a strong focus on meeting the sector’s need for more highly skilled staff through world-class teaching and research”.

However, McWha believes an actual merger would be a “very unlikely outcome”. He envisages two universities “standing side by side under a common umbrella”.

“I think the most likely outcome will be that we end up with two universities working closely together, possibly with a common governance model,” he told Rural News.

Both institutions will examine how they could work together to give better results than either could achieve separately, he says.

“What we’re trying to do is to leave every option on the table, not take any off too early. We need to meet with the Canterbury people, sit down and talk about what are the ways we could co-operate that would give better outcomes for the land-based industries – agriculture, tourism, conservation, etc.”

McWha points to important riders in the MOU – that the Lincoln brand, the joint venture facility with AgResearch, and the Lincoln Hub (now called BLinc Innovation) will all be preserved.

This follows a rough few years for Lincoln – hit by the Canterbury earthquakes, poor financial performance and a number of governance changes.

A transformation board set up last year to assess the university and map out a future strategy warned that the status quo was “not an option”.

“It remains small scale, has a poor sense of strategy, and has weak relationships with key stakeholders and entities who should or could be partners. The teaching offering and delivery is in need of an overhaul, along with the focus of research activities, so that the university can contribute more to learning and to community and national wellbeing.”

However, McWha says Lincoln is now in good shape financially and academically.

“So it’s from a position of strength that we are able to sit down across the table from Canterbury and have a sensible discussion,” he says.

“It’s not our intention at this point that Lincoln University -- that the Lincoln brand -- would disappear.

“In fact it would be our intention that the Lincoln brand be strengthened.

“The whole concept here is to come out of this stronger and better than we currently are,” McWha says.

He says Canterbury’s strengths are in engineering and computer science, while Lincoln will bring “all the land-based stuff”. “Put those two together and you have a great combination for the future.”

Canterbury chancellor Dr John Wood says the university has had longstanding interests in the land-based sectors and is confident the parties will create innovative solutions to achieve the government’s goals.

“The University of Canterbury is ready and willing to work with Lincoln University to the mutual benefit of both universities and in New Zealand’s national interest,” said Wood.

Education Minister Chris Hipkins also welcomed the announcement, saying the Government is committed to Lincoln remaining at its present site and retaining its brand and identity.

“We need to encourage more people to study and work in the land-based sectors to meet industry demand, increase productivity and tackle technological and environmental challenges,” Hipkins said.

“Canterbury and Lincoln’s proposal to explore a merger or partnership might help to achieve that by enhancing Lincoln’s capacity to deliver world-leading teaching and research.”

However, Selwyn MP Amy Adams has accused the government of secretly seeking a “fire sale” of Lincoln University.

“No matter how the government might dress it up, if Lincoln was forced into a larger institution, that practical, specialist focus would be lost and there is no justification for that. NZ’s land-based sector would be worse off as a result and this would rip the guts out of the small Canterbury town of Lincoln,” she said.

McWha says Lincoln is an autonomous institution making its own decisions and recommendations to government.

“So no, that [fire sale] isn’t what’s going to happen, but we’re grateful to her for pointing out that would be a very undesirable outcome.”

The two universities are expected to put a proposal to the government by the end of the year.

McWha says they may decide there’s great potential to do much more than they can do separately.

“Or we come back and say ‘there isn’t anything to be gained and Lincoln University should continue to stand totally alone’.”

New research headed by Lincoln University finds that delaying when animals are fed means they will urinate at night in colder temperatures.

The academic who helped seed enthusiasm for undervine cover crops in New Zealand has left a legacy of biodiversity in vineyards.