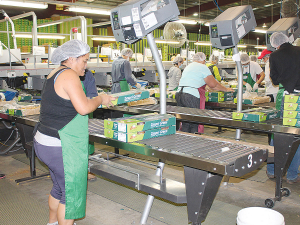 The report say Māori are finding investments in horticulture – such as kiwifruit – exciting and appealing.

Māori are making a major move to horticulture as opposed to the more traditional sheep and beef sectors.

He says three or four years ago large sheep and beef farms were an appealing asset for Māori. But not any more; they are looking at other more profitable investments outside traditional farming – unless the land is special to a particular Iwi.

“There are reasons for this. Horticulture is an exciting and appealing sector for Māori, with environmental aspects that are more appealing than livestock farming, such as the great growth in kiwifruit, avocados and berries,” he told Rural News.

“There are lots of opportunities to get the best use of land and create jobs for their people.”

Harrison says at least 50% (on average) of iwi balance sheets are held in managed funds which have performed well. But they are looking to invest in orchards, etc outside the traditional farming base, which offer better returns.

This is the second year ANZ has produced the report and Harrison says it now has a good data set to work with. While managed funds are working well for iwi, large scale farms are not.

“In the lower quartile, the most common asset they have are farms of significant size, which they actively manage themselves. From our level of analysis, we can’t say the farms are causing drag; we are just saying that in the lower quartile the majority have large farms.”

According to Harrison, iwi tended to buy the large farms offered to them as part of a treaty settlement. The purchase of such farms likely was prompted by iwi wanting the land for cultural reasons.

Some ‘non-economic’ reasons for purchasing this land are now starting to show up as compared to iwi who have invested in other businesses such as tourism and transport.

While overall iwi have made a success of their treaty settlements, Harrison says they face a situation in their businesses that is unique to them.

In talking to chief executives and boards, when compiling his report, one factor stood out – the tough job of balancing the trade-off between risk and reward.

“You might think all business are doing this and it’s not a unique trade-off. But for post-settlement iwi, I think that trade-off is acute and heightened because of the type of entities they are,” he told Rural News.

Harrison feels those two things work in opposition and these create real tensions and a difficult balancing act. On this issue there is no one answer, he says, noting that some iwi are making larger distributions while others are focused on health and education and environmental projects.