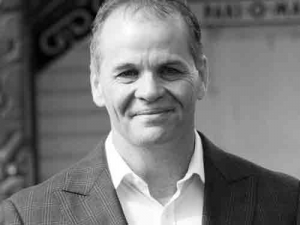 Its orchards are on Māori land NZ-wide.

It is also looks to have 500ha of productive Māori land planted in berries within that time and to create at least 5000 jobs, all based on a Zespri-type model.

Director and founders Steve Saunders says the Miro approach arose from investigating what a horticulture strategy would look like for Māori.

“That was an end-to-end value chain — from growing right through to the market, including genetics, marketing and all the other elements of the value chain,” he told Hort News.

“As we move beyond the settlement processes we have a lot of underutilised productive Māori land, and as land trusts we end up leasing land to maize or cropping, for example, due to the complexities of multi-ownership.

“When you look at the NZ berryfruit industry, it’s small -- 600-700ha -- fragmented, and has older varieties and a range of challenges.

“So there is opportunity to scale berries to an international market that is growing year-on-year. There is good opportunity to form some of this underutilised land and get better value and create better jobs for our people; 5000 people is a lot of people.

“Some of it would be creating permanent fulltime jobs and some of it more jobs, like any in horticulture. But if you look at the workforce, Māori have the biggest population of young people coming into the workforce.

“As part of that we have had support from Ministry of Social Development to provide programmes for training these people.

“Again the opportunity is for horticulture to be inclusive for Māori nationally. Berries are grown in the Far North, Otago and on both coasts, so there’s a really good opportunity for national inclusion.”

The second part of the initiative is to work together to create the scale required – in infrastructure, breeding programmes and securing some of the value in the intellectual property (IP), he says. The IP for new berry varieties will be owned by Māori via a joint venture between Miro and Plant and Food Research.

To date, 27 Māori entities have so far invested in that opportunity, including individuals, asset holders, land trusts and incorporated societies from the South Island to the Far North.

“From all the key growing regions we have seen Māori entities invest.

“Formerly there was very low-value return to the landowners. This [new enterprise] is taking land that hasn’t created a lot of value for the landowners and converting that into a better value proposition.

“A lot of those land uses, like cropping or grazing, don’t really create jobs for the people.”

Saunders says they won’t go out and develop 800ha tomorrow; over 10 years they might develop 50ha a year over the next 10 years.

“That is building the brand, building the market and the variety; it is not going crazy and then not selling it all. So it is a well-thought-out managed plan of growth. The ambition and desire is to create a 500ha Māori berry growing operation.

“We are also not necessarily talking blueberries either; we are looking at other opportunities -- raspberries, blackberries and other rubus varieties. But blueberries are the first focus so it is exciting.”

Saunders says the Miro plan also ticks the boxes for regional development. It will provide good opportunity in the “surge” regions – those the Government has targeted as needing accelerated development.

They have growing tunnels going up already in Waikato, Gisborne region, eastern Bay of Plenty and Northland. This year they will have 15-18 ha in the ground, moving up to 50-60ha next year and growing from there.

“It has to be well planned, from ordering plants to all the tunnels, the land, doing the water; we are definitely underway. We have a team, a good board, two independent directors and five investment directors and we have done the joint venture with Plant and Food Research.

“Miro and Plant and Food co-own the plant breeding programme and co-fund it.”

“There are reasonable infrastructure costs but they produce a lot faster than kiwifruit or apple trees. You can get harvesting and cash flowing a bit faster.”

They have the Plant and Food breeding programme but they have also been working with BerryCo to grow some of the best Australian genetics.

“A variety called Eureka is one of the best varieties on the market globally so we are starting with well-proven varieties then will bring some of our own varieties through the programme.

“With BerryCo the focus will be initially the Australian and NZ market and then building up volume supply into Asia.”

Harvesting 15 tonnes of cabbage in hailstorms and hand weeding paddocks under a scorching sun made a perfect training ground for Austin Singh Purewal.