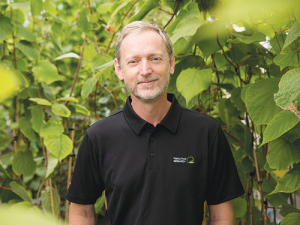 The top of hand versus robotic picking was raised by the speakers at the recent HortNZ conference.

Chief executive of Plant and Food Research, Professor David Hughes says handpicking works well for premium fruit, where consumers want to know more about the provenance of the product. And such consumers are also attracted by the ‘artisan’ nature of handpicking.

“Handpicking works really well for premium products and anything that bruises, such as strawberries, just-ripe peaches and tomatoes,” he explained. “Mechanical harvesting is fine for green tomatoes, but for the ripe red tomatoes hand picked is better.”

Professor Hughes says in the UK at least 50% of the total cost of strawberry production relates to labour. But retail prices have remained static over about ten years, which has pressured growers to reduce their costs. This is opening the way, as robotics get cheaper, for more mechanical harvesting.

“As my colleague (Dr) David says, some people are saying robotics are years away,” he told the conference.

“I think they are looking backwards rather than forwards. It has taken a long time to get to where we are, but I think you will see an accelerated growth and it will come sooner than we expect.”