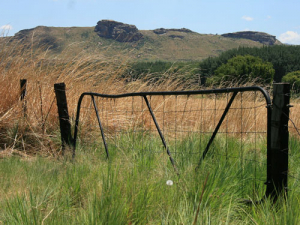 The farm was identified through the tracing of animals from known infected farms.

A mixed sheep and beef farm near Motueka has been confirmed as the first Mycoplasma bovis infected farm in the Tasman district.

Biosecurity New Zealand says the farm was identified through the tracing of animals from known infected farms. It is connected to other infected properties through animal movements.

As with all other infected properties, this farm is now under a Restricted Place Notice under the Biosecurity Act 1993. This effectively places the farm in quarantine lockdown – restricting the movement of animals and other risk goods on and off the farm.

While the Ministry for Primary Industries (MPI) won’t be publically naming the farm, neighbours who share a boundary with the infected property will be notified by MPI. The risk to neighbouring farms is very low.

As part of the Government and sector group programme to eradicate the disease, all infected groups of cattle on the farm will ultimately be culled, in agreement with the farmer concerned around timing.

"We know that this disease is spread through contact between animals and through the movement of stock – as is the case here,” she says.

"I know an obvious question people will have is 'Why has it taken this long to find this property?'. The answer to that lies with the nature of this particular bacteria.

"It is a tricky thing to find and often hides within an animal, lying dormant and not revealing itself for weeks or months. This is why we test multiple times using multiple kinds of tests”.

Duthie says the discovery of new infected properties is not because the disease is currently spreading off infected farms.

"All known infected farms or farms we suspect may be positive are in quarantine lockdown and no movements of risk goods, including animals, are allowed off them.

"Rather, the new finds are the result of our tracing uncovering historical movements of animals and then confirming the infection through testing. These movements, in many cases, took place before we even knew Mycoplasma bovis was in the country."

Duthie says while it may be little comfort to those infected farmers, progress is being made in the response.

“Nationally, the number of active infected properties has dropped to 35, while 28 farms have been cleaned and depopulated and those farmers are moving forward with their farming business.”

The response team is looking into ways farmers can be better supported as they move into the recovery phase and work towards repopulating their farms.

“In addition, the latest identified properties show the infection has occurred fairly recently, which means we are catching it earlier. This is good news for the eradication effort.

“It’s important to note that with the spring bulk milk surveillance programme beginning in the North Island, there is a chance that the number of infected properties may increase. However, we are cautiously optimistic the number will not increase dramatically.

"This is a really tough time for all the affected farmers who find themselves in this situation through no fault of their own. MPI, Rural Support Trusts, and industry are supporting them but they will also need support from their neighbours and communities."