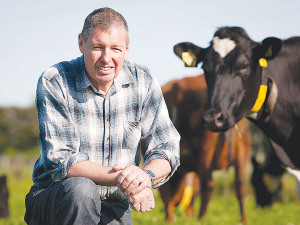 Former Agriculture Minister and DairyNZ chair John Luxton leaves behind a legacy and lifetime of achievement in the agriculture sector and beyond.

Luxton died in late November, following a battle with cancer. He is 75.

Born in Morrinsville in 1946, Luxton was raised on the family dairy farm and attended Massey University. He graduated Massey in agriculture and science and with a master's degree in business studies, and later completed the Kellogg rural leaders programme at Lincoln.

Following a career that included a stint in Africa with the World Bank, Luxton was elected as the National Party MP for Matamata in 1987. He took over the seat from his father Jack, who had held the seat for the previous 21 years. In 1996, a boundary change shifted him to the seat of Karapiro, which he held from 1996 to 1999. He then opted to become a list MP, which he held until retiring from politics in 2002.

Following the National Party's election to government in 1990, Luxton was appointed to cabinet. He held several portfolios under the prime ministerships of both Jim Bolger and Jenny Shipley, until the election of the Helen Clark-led government in 1999.

Former Federated Farmers chief executive Conor English was Luxton's press secretary in the mid-1990s, when he held a number of portfolios and ended up number four in cabinet.

"He was a minister who was most interested in the long term outcomes for the country, not short term politics. He was always open to new ideas and was a great listener, English told Rural News. "He was a gentleman and a statesman who had the respect across party lines. He liked getting things done."

Luxton was regarded by many as one of the more economically liberal members of the National Party. In the late 1990s, Luxton was instrumental in producer board reforms, which was not an overly popular move at the time. However, his foresight led to the deregulation of the dairy industry and formation of Fonterra. These reforms also led to major changes in the meat, wool, kiwifruit and apple sectors.

Fonterra chairman Peter McBride said he had a huge amount of respect for the former Agriculture Minister and founding chairman of DairyNZ.

McBride recalled first meeting Luxton during the Christchurch earthquake in 2016. They were both in Christchurch attending a meeting on the Trans Pacific Partnership with US officials. After the meeting was disrupted by the earthquake, McBride and Luxton ended up walking across the devastated city.

"He was a lovely guy," said McBride.

Following his retirement from politics in 2002, Luxton was involved with many agribusinesses. This included co-founding two of New Zealand's biggest cheese producers the Open Country Cheese Company and Kaimai Cheese company with Wyatt Creech (himself deputy prime minister to Jenny Shipley). He also had longstanding involvements with both Wallace Corporation and Tatua Dairy - both pre and post his political career. At the time of his death, he had recently retired as chair of the Asia NZ Foundation, was chair of the large-scale dairying Pouarua Farm Partnership, and Crown appointee co-chair of the Waikato River Authority, a role he had served in since 2011.

Luxton was chair of DairyNZ between 2008 and 2015. DairyNZ chief executive Tim Mackle described Luxton as a true champion of the dairy sector.

"John was a truly great leader. He was, amongst many things, the founding chair of DairyNZ, and forever grateful for his supprt and guidance to the organisation, and me personally, through our first eight years," Mackle says.

"I absolutely loved working with him. He was a genuinely great chap, a statesman and diplomat who could engage with anyone. He led through his values, and was guided by doing the right thing, not the easy thing."

"I worked closely with John over many years. He was an incredibly thoughtful, considerate and respectful leader, who contributed so much," Petersen says. "John left a lasting legacy of leadership with humility and respect."

A loss to the Tatua family

It is with great sadness that we acknowledge and pay tribute to our dear friend and colleague John Luxton upon his passing on 16 November 2021.

Dairying has a lot at stake as the world enters the fourth industrial revolution, says former DairyNZ chairman John Luxton.

A key contributor to the dairy industry for 20 years, Justine Kidd, was awarded the New Zealand Order of Merit in the New Year Honours for services to dairy and equestrian last month.