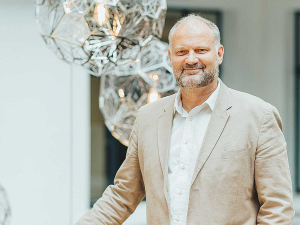 “At Silver Fern Farms, we see the transition to a low carbon economy as an important opportunity to create new forms of value for New Zealand and position our farmers as climate innovators,” says chief executive Simon Limmer.

The co-operative says that greater detail is needed on many of the agriculture proposals, but it is reassured to see an emerging focus on nature-based solutions and encourages further investment into how nature-positive farming techniques can be supported and rapidly scaled.

SFF says the discussion document fails to provide a signal on how the Government will scale up its investment in methane reduction and help best prepare the sector for emissions pricing post-2025.

“The lack of detail and apparent ambition to bolster investment in methane reduction is a lost opportunity. It is our most difficult emissions challenge and requires an immediate and game-changing investment into R&D and technology.

“Making these investments now will enable a scaled-up industry Government partnership to best position New Zealand to not only hit our 2030 targets, but to create a world-leading future farming system, underpinned by nature-positive pastoral agriculture,” says Limmer.

SFF says it also supports the indication of Government action to curb rapid conversion of sheep and beef land to fast-growing forestry but stresses this work must be fast-tracked given the rapidly increasing price of carbon.

“Changing land-use driven by the price of carbon hits us, and our rural communities, hard. We don’t want sheep and beef farms, which have been a key part of the economic and community fabric of modern New Zealand, to disappear due to an unintended consequence of the Emissions Trading Scheme. Fast-growing exotic forestry is not the answer to New Zealand’s climate obligations.

“Finally, we would encourage the Minister and his colleagues to begin a process to ensure cross-party agreement on the Emissions Budgets, the final Emissions Reduction Plan and He Waka Eke Noa outcomes.

“It’s a big ask, but bipartisan climate policy will give all sectors of the economy the certainty to make the upfront investments needed to accelerated emissions reductions to 2030, and support a just transition more broadly,” says Limmer.