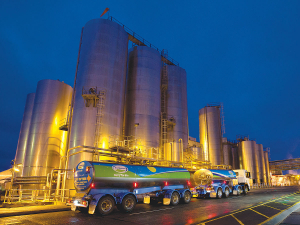 Fonterra has warned that it's goal to drop coal-fired boilers from its NZ manufacturing sites by 2037 could be delayed by gas supply disruptions.

However, gas supply disruptions could delay the transition, Fonterra says in its submission to the commission.

In its response to the CCC’s draft proposals, Fonterra accepted the proposed pathway for decarbonisation of industrial process heating, including an end to coal use for industrial heat by 2037, and the subsequent retirement of natural gas from 2037 onwards.

However, the dairy co-op warns that the pathway to ending coal use by 2037 is ambitious and will be challenging to meet.

“While we are working to transition our manufacturing operations onto renewable energy sources and off coal by 2037, the current and forecast gas scarcity issues in the North Island pose a significant material risk to completing this transition within this timeframe,” it says.

“Over the past 18 months there have been significant disruptions in the gas market. With a disruption with the Kupe gas field, the decline in the Pohokura gas field and no new significant gas fields planned, there is a significant risk of gas supply interruptions at Fonterra’s gas fuelled sites,” the submission warns.

The co-op points out if there isn’t certainty of gas supply, it may need to start transitioning its 76 gas boilers and air heaters to renewable alternatives sooner than the commission’s pathway of 2037 onwards. It says this would “almost certainly impact the speed” at which it transitions off coal.

The co-op also notes that it was unable to have too many manufacturing sites undergoing significant infrastructure changes at the same time.

“Due to the nature of the New Zealand dairy curve, there is only a very short period every year when we can undertake significant changes to our manufacturing sites,” it says.

“All of our sites must be working close to full capacity to cope with this volume,” it says. “We carefully plan this maintenance to account for possible project delays and the impact natural disasters such as severe flooding can have on our operations.”

Fonterra wants the commission to focus on the interdependency of coal and gas and the impact that the scarcity of gas could have on the dependence on coal for security of supply.

It says it is willing to work with the Government and the commission on the issue.

Fonterra produces 20% of New Zealand’s greenhouse gas emissions: 90% come from farms, 9% from manufacturing sites and 1% from transporting products to consumers around the world.

Meanwhile, Fonterra’s submission says it is supportive of developing a long-term plan for research and development, working with government and industry on the methane challenge.

However, the co-op warns that some of the productivity assumptions underpinning the CCC’s modelling, that shows a maintenance of current milk production, “are very ambitious and will be difficult to meet”.

'No choice' in reducing emissions

The head of the Climate Change Commission, Dr Rod Carr says all New Zealanders have a responsibility to begin reducing emissions if we are to rise to the climate challenge.