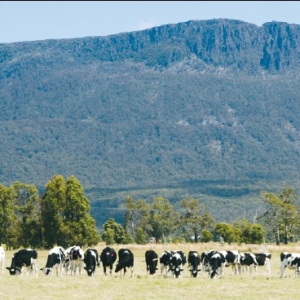 Australian dairy farmers are working with animal rights activists on the industry’s animal welfare credentials. Dairy Australia chief executive Ian Halliday says farmers are “not out of the woods, they’re in the spotlight”.

He told the recent Australian Dairy Conference in Tasmania that farmers will be glad they are not in the greyhound industry. (A recent ABC Four Corners report showed live piglets, possums and rabbits being chased and killed by dogs. It was secretly filmed by Animal Australia at training tracks in Queensland and Victoria.)

Halliday says the dairy industry is not complacent about animal welfare and is telling this to animal rights groups. A lot of work is going on behind the scenes on animal welfare, he told the conference.

“We are not out of the woods; we’re in the spotlight on animal welfare but we’re having a lot of dialogue with animal right groups, to explain that we look after and care for our animals – as an important part of our livelihood.”

Halliday admits the industry still has issues to deal with – induction, tail docking and treatment of bobby calves – but is doing its best. “We will continue looking after animal health and welfare as an industry… it’s always on our mind.”

Halliday predicts farmgate returns will improve by the end of the year. He pointed to a drop in milk output in key markets like New Zealand and Europe.

‘’New Zealand pulled back full year forecasts by 3.5 % compared to the prior year. It has been pretty dry over there. We know Europe was up about 5% last year; it’s down 2% this year.”

“When world prices go towards record levels, every region responds, every dairy region around the world chases that record price. We know New Zealand was up 9% last year, US was up 3% and Europe 5%.”

Australia finished last season only 0.4% up. Halliday puts this down to a tough start to the 2013-14 season.

This year’s national milk volume in Australia will be up 2%. “We are running at 2.6% after a strong start but it has tapered off this summer.”

At the same time consumption in the domestic market remains steady. – Sudesh Kissun