It's a leaky waka! 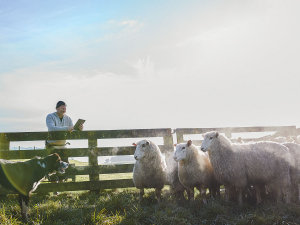 One of the myriad of farmer concerns around emissions pricing is that all extra record keeping obligations will fall solely on the farmer. Photo Credit: Paul Sutherland Photography.

Farmers are reluctantly facing up to a levy being imposed on them for agriculture greenhouse gas emissions.

Many believe they are being 'sold a pup' after attending the He Waka Eke Noa (HWEN) climate consultation roadshows hosted by DairyNZ and Beef+Lamb NZ.

There are claims the two industry-good organisations have 'not been straight' with them by minimising the actual costs farmers will incur and the rate this will accelerate at, as well as exaggerating the mitigation tools farmers have available to lessen their emissions.

Others have questioned the claims of good attendances at the meetings, saying they have been poor due to the red light settings and farmers staying away for fear of contracting Omicron and putting their businesses at risk.

"It's actually shocking they are being conducted at this time," one farmer told Rural News. "It is, yet again, another sign of Beef+Lamb and DairyNZ meekly doing the Government's bidding - as they have done all throughout this process."

A common theme of farmer feedback is that their industry-good bodies have sold them out.

"They claim it is better to be at the table, but from what I can see, all they are doing is serving the farming sector up for dinner," another farmr commented.

"Even so the farm level option has some ways to go before I would be comfortable, although this is to do with how it is administered and who sets the price and the target settings for the methane component."

"If I liked the ETS I would already have my eligible forest in it, which I don't."

Hahn says some farmers like the option of processor-level hybrid levy first before transitioning to a farm-level levy.

"I would need written and signed in blood from levy bodies and government that they would move away from this by 2030 and those that do not pay levies also contribute fairly."

Manawatu farmer Richard McIntyre says the majority of farmers he has spoken to prefer the farm-based accounting option as it gives them the ability to make changes and be rewarded for them.

However, his biggest concern is that extra record keeping obligations would fall solely on the farmer.

"Whereas the processor levy is considered to be essentially a tax on production," he told Rural News.

Northland Federated Farmers dairy chair Matt Long says none of the options are acceptable to him as they stand.

He says the processor levy has no mechanism for rewarding change in farming practices and high administration costs.

"We have been failed by the levy funded organisations in this process," he told Rural News.

"They have been late to the table recognising the short lived nature of methane, and weak in supporting unrealistic gozals for methane reduction without having toold for farmers available.

"DairyNZ in particular haven't supported recognition of soil carbon sequestration, which on our own farm has pretty well matched what planting farms in pine trees can achieve, and that would blow out of the water the whole issue of foreign investors having special incentives to cover huge tracts of productive farmland with never-to-be-harvested pines - and decimating communities."

Concerns have also been raised about what the real cost of emissions reductions will be, both for individual farmers and the overall NZ economy - especially with a growing carbon price. Even with the 95% discount - decreasing 1% a year from 2030 - one sheep farmer calculated his initial annual bill will be $25,000 but this will have grown to $40,000 by 2030.

"Where am I supposed to find that money?" he asks. "It will make me financially unviable, and there are thousands of other farmers around NZ in the same boat."

There are fears this will lead to a huge exodus of sheep and beef farmers. Ironically, that could see these properties converted into pine plantations, where high-emitting manufacturers and transport companies will plant trees to offset, rather than reduce, their carbon emissions.

"Meanwhile, we are seeing NZ's hill country converted to pine trees by foreign entities encouraged by the carbon credit gold mine."

Questions have also been raised about the claims of mitigation tools available to help farmers reduce their emissions.

"There are just none around. Sure, some are in development but these are many years away and we are expected to just keep paying and these magically appear and save us."