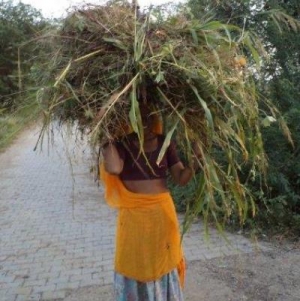 OCTOBER 15 MARKS the International Day of Rural Women, a United Nations day that recognises the contribution of women in enhancing agricultural and rural development, improving food security and eradicating poverty.

In line with this, seven Rural Women NZ members have just returned from an experience connecting with village women near the Indian city of Chennai.

The group was attending the triennial world conference of the Associated Countrywomen of the World (ACWW), an organisation with a worldwide membership of over a million that has had consultative status at the United Nations since 1949.

But it was meeting the rural women of India that had most impact, Rural Women NZ national president, Liz Evans, says.

"The women, many of whom worked in the rice paddies, were so hospitable and so keen to tell us about their everyday lives, their aspirations and family ambitions. None of them had many financial resources, but, through project based aid organisations like ACWW, they were able to demonstrate their successes – especially around establishing small businesses."

At the conference, which was attended by about 500 women from around the world, Rural Women NZ's resolution calling for "well trained and resourced quality maternity services and best outcomes for mother and baby, giving particular regard to the special needs and isolation of rural women" was adopted unanimously.

Other adopted resolutions included a call to ban the use of the "hazardous" chemical Bisphenol A (BPA), which is used in many plastic products; the need for governments to record the births of all children to ensure they are recognised as citizens, and a call to stop the practice of female genital mutilation, female circumcision and cutting, which endangers the health and lives of young girls.

Members are expected to take these adopted resolutions back to their home countries and advocate for their governments to action them.

'Grow locally, benefit globally' was the theme of the women in agriculture workshop, where some speakers expressed concern at the large increase in heart disease, diabetes and obesity as a result of changing diets. What to do with the growing volumes of food waste was also a hot topic.

ACWW has been leading on water issues for many years, funding and supporting water storage and purifying projects in many countries.

Recognising the importance of education to help raise families out of poverty, Rural Women NZ members gave $1000 worth of books to local Indian school children, with funds raised earlier in the year at our 'Women Walk the World' events.

New Zealand meat businesses are being asked to contribute to a global study on gender equality.

Women working in the meat industry have gathered for an inaugural meeting of the New Zealand chapter of Meat Business Women (MBW) this week.

The idea of empowering women in wine here in New Zealand was first mooted within the halls of New Zealand Winegrowers (NZW) last year, and has quickly grown from a suggestion, to a real initiative.