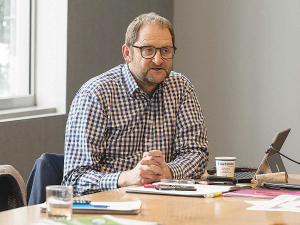 Craig Young says rural users shouldn't have to pay more to get coverage when urban people are getting high quality connectivity for nothing.

Rural people should be getting the same level of connectivity in terms of broadband and mobile coverage as the people who live in urban areas.

That’s the view of the Technology Users Association of NZ (TUANZ). Chief executive Craig Young told Rural News that rural users also shouldn’t have to pay more to get this coverage when urban people are getting high quality connectivity for nothing.

It is well known that many farmers and rural businesses have to buy costly equipment to get broadband and many cannot get mobile phone coverage at all.

Young says it’s almost more important for rural people to have high quality connectivity, given their often remote locations and the fact that they are running significant businesses – not only farming but other service related enterprises. He says there are also health and safety issues.

“We are expecting New Zealanders to make the most of this digital technology and services with government agencies and corporate organisations expecting customers to do more and more online,” Young explains.

“Banks are withdrawing cheques and Rural Women NZ have rightly pointed out that there is a significant number of people who can’t do things on-line and rely on cheques and snail mail to pay their bills. Before these organisations go diving down the on-line track, they need to be aware of life in rural NZ,” he adds. “Organisations like IRD and banks need to be aware that if people can’t connect or haven’t got good connectivity they should be able to do these things by the traditional means.”

Young says it’s interesting to note that the Climate Change Commission, in its recent report, said that if farmers and people in rural areas are going to be expected to meet all sorts of environmental targets and provide data to local and central government agencies, they need good connectivity.

“Significant parts of our GDP are driven out of rural NZ and that’s not just farming,” Young told Rural News.

“I visited an engineering business north of Christchurch recently and, unfortunately, because of the land and forestry – and despite the fact that new coverage that has gone in – it just hasn’t helped them. They employ 44 people and export their products, but they are just struggling to connect and get good connectivity.

“The other thing we need to combat is the perception that these users are very remote. In quite a lot of cases, they are close to urban areas, but we just haven’t solved the problem.”

Young blames the present problems on the overall strategy of dealing with connectivity in NZ. He says some great work has been done in the past and, by and large, this is as a result of large projects which have connected large numbers of people.

He says the goal was big bangs for bucks. But he believes it is now time to invest money in small projects to solve some of these problems – not unlike the 1960s when television coverage was patchy and local solutions were used to solve the issues.

He says many of the telcos are wedded to the idea of putting up more towers, but for many in rural areas that solves nothing.

“It might be as simple as the Government paying for the rights of a satellite dish on a person’s property or a dish on a property which may serve a small community,” he explains. “We need to look at new technologies and find solutions so that all New Zealanders get equal access to technology and are not penalised because they live in remote locations.”

Young points out that in the Covid environment, young people risk being disadvantaged in their education, and others with their health. He says rural people must have the same access to entertainment and business options as urban populations.

OPINION: We may now be into the third decade of the 21st century, but unfortunately much of NZ’s rural broadband and mobile coverage remains at third world levels.

The MobileTECH conference at Rotorua was heralded as a showcase for emerging technologies and a forum to bring together designers, innovators and early adopters.

The Telecommunication Users Association of New Zealand (TUANZ) rural connectivity symposium will be held on April 28 at the Westpac Stadium in Wellington.

Companies which have high internet usage are currently 4 years ahead, 6% more productive and generate 20% more revenue compared with an average firm.