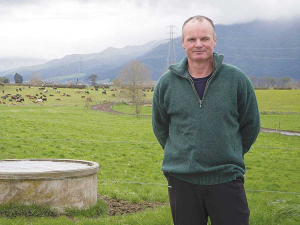 Waikato farmers are generally pleased with recommendations on Plan Change 1 "Healthy Rivers" that the Waikato Regional Council adopted this week.

The recommendations on Plan Change 1 (PC1) were made by an Independent Hearing Panel.

"This is now the version of PC1 that is in force but further changes may result if aspects of the new plan are appealed to the Environment Court," says Andrew McGiven, Federated Farmers Waikato president.

"Many aspects of the alternative framework proposed by Federated Farmers were picked up by the hearing panel, such as removing the Nitrogen Reference Point, providing more flexibility for low intensity dry stock farmers, providing pathways for both a standardised permitted Farm Environment Plan (FEP) or a tailored FEP which takes into account off-farm mitigations and sub-catchment differences."

The panel also endorsed Federated Farmers’ assessment that nitrogen was not the main water quality issue in the PC1 catchments, McGiven said.

"Federated Farmers was the only pan sector organisation at the hearing and we put forward a practical, sensible and affordable framework that worked for all farming sectors - dry stock, arable and dairy - and importantly also the river. We are particularly pleased with the outcome for the dry stock sector we fought hard for.

"This was the result of an extensive and expensive team effort including a lawyer, planner, scientist, farm systems experts and the farmers themselves, and not forgetting the farmers and businesses that donated towards the cause. The council hearings were run over six months, during which the Feds team appeared three times over three different days.

"We take our hat off to the hearing panel for the effort and careful consideration they put into both listening to submitters and writing the recommendations report."

There are several technical and practical issues with this new decision version of PC1, such as stock exclusion, minimum standards and rule standards that could be improved to ensure the plan is workable and implementable, McGiven said.

"Over the coming weeks we will consider what we appeal to Environment Court. Given the number of submitters involved in the council hearing process, and the range of interests, it is inevitable that there will be a range of appeals and that we will need to remain involved to ensure that the voice of farming is heard."

It would be good if these issues can be resolved in mediation, Andrew said.