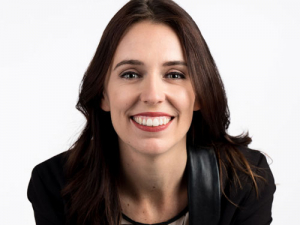 Prime Minister Jacinda Ardern is concerned about the high cost of fuel.

The Commerce Commission is to begin their first market study of the retail fuel market, with the final report due in a year’s time.

“This Government is committed to easing financial pressure on families,” Jacinda Ardern said. “I have previously voiced my concern about the high cost of fuel, because it is a core expense for consumers and businesses.

“New Zealanders deserve peace of mind that the price they’re paying at the pump is fair,” Jacinda Ardern said. “At the moment we can’t definitively say whether that is in fact the case across New Zealand so this is a market that most certainly warrants a full investigation.”

Kris Faafoi said that while there were several possible markets mooted for consideration, the retail fuel market clearly met the test for investigations.

“Simply, it’s in the public interest to ensure people and business aren’t paying too much for fuel. There are existing indications of competition problems in the retail fuel market that are of concern to me, such as the more than doubling of petrol and diesel importer margins over the past decade,” Kris Faafoi said.

“It’s also a market that is hugely important to consumers and to our economy, given the extent to which we rely on fuel and the size of the market, with around six billion litres of petrol and diesel consumed for land transport use annually.

“The Commerce Commission will be undertaking a full and thorough analysis into competition in the retail fuel market. This will enable us to better understand the market conditions and determine whether consumers’ interests are being protected at present, and if not, what action needs to be taken.”

The terms of reference for the study into retail fuel markets are expected be published in the Gazette on Wednesday 5 December, when the Commerce Commission will start the study.

The Commission will provide further information about the process and updates and will be required to publish a final report by 5 December 2019.

OPINION: The Hound's reckons something has seriously gone wrong with the 'luck of the Irish' with news that Trevor Mallard is retiring from Parliament and will become New Zealand's Ambassador in Ireland.

New Zealand may be on the brink of scoring an historic and crucial free trade agreement (FTA) with the European Union (EU).