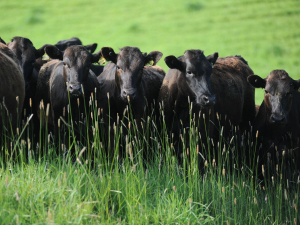 Meat producer First Light Foods has won gold for the second year running at the 2019 World Steak Challenge in Dublin.

The award was presented late last week to First Light for the best fillet steak in the marble score 6+ category and follows last year’s win for best ribeye steak.

The World Steak Challenge is a globally recognised competition with over 300 sirloin, fillet and ribeye steaks being judged from 25 countries and four continents.

More than 40 expert judges joined with 14 consumer judges to evaluate raw and cooked entries based on aroma, colour, flavour and marbling. First Light’s winning wagyu fillet steak had a marble score of 7. Marble score is an indicator of flavour richness and runs on a scale from 2 to 9.

In this case, the steak came from one of First Light’s southern suppliers, Ngai Tahu Farming in Canterbury.

First Light managing director Gerard Hickey is delighted with the win and puts it down to quality genetics and great farmers.

“Intensity of flavour is determined by the life the animal has led,” he says. “Our wagyu cattle are 100% grass-fed and are raised without antibiotics, hormones or GMO feed.  We’ve found this also increases the nutritional value of the meat so it’s win-win.”

First Light is one of three New Zealand companies that picked up medals in the challenge, but is the only New Zealand offering awarded gold for wagyu.

First Light entered the market in 2011 with 100% grass-fed wagyu and has experienced growth with distribution in Europe, US, UAE, Australia and New Zealand. It raises more than 25,000 head of cattle a year, across farms stretching from Northland to Southland.

As barbeque season gets into full swing, New Zealand researchers are investigating whether certain kinds of red meat could actually protect against heart disease.

A three-year research project to try to discover whether grass-fed Wagyu beef has significant health benefits is in its final stages.