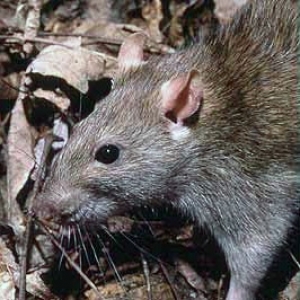 Glueboards are used to monitor and trap rodents.

The Ministry for Primary Industries (MPI) is asking members of the public to be on the lookout for any glueboard rodent traps being used or sold next year.

Glueboard traps are sticky boards used to monitor and capture rodents and from 1 January 2015, their sale and use will be prohibited under the Animal Welfare (Glueboard Traps) Order 2009.

Matthew Stone, MPI's director animal and animal products, says that while MPI supports the need for effective pest control tools, this prohibition sends a clear message that such traps are no longer acceptable from an animal welfare perspective.

"There are welfare concerns with glueboard traps over the pain and distress they cause captured rodents – including the length of time the rodents may be left on the traps and the potential for inhumane disposal," he says.

"Attitudes about animal welfare continually evolve, and it's important that we keep pace with changes in our society, as well as scientific knowledge, good practice and available technology."

The government first banned the use of rodent glueboard traps by the general public in January 2010. However, some groups such as commercial operators, Department of Conservation staff, boat operators to and from pest-free islands, and pest management staff at food processing premises were given a five-year phase out period.

With the phase out period now at an end, ministerial approval can be granted for the traps to be used in some cases where there is strong public interest in effective rodent management and no viable alternative.

"Effective pest management is essential for New Zealand's food safety, conservation, primary production and biosecurity, however animal welfare has to be taken into account," says Stone.

According to Stone, the Ministry is focused on ensuring pest control operators are aware of the new regulations, however the public needs to be vigilant and report any retailers breaching the rules.

"Our animal welfare inspectors can't be everywhere, so we need the public to be our eyes and ears."

If you see any glueboard traps being sold or used, please report them to your local SPCA or MPI's animal welfare hotline on 0800 008 333. Calls can be kept confidential if necessary.

The ban does not cover glueboard traps used to capture insects.