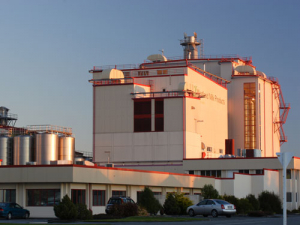 Gloriavale has acquired an injunction from the High Court to ensure Westland Milk continues to collect its winter milk.

And while the court case proceeds, Westland will continue to pick up winter milk from three farms operated by Canaan Farming.

Westland had given notice to Canaan Farming that milk collection would cease from June 13.

However, Gloriavale spokesman Stephen Standfast told Rural News that it has acquired an injunction from the High Court to ensure Westland Milk continues to collect its winter milk.

"Significant animal welfare and environmental issues would arise as a result of Westland Milk's advising of cessation of milk collection for an indefinite period," Standfast says.

A spokesperson for Westland confirmed Canaan Farming has filed and application for an interim injunction against the Hokitika-based processor.

"Westland has been advised that the injunction application will request that Westland be compelled to perform from the tersm of its milk collection contracts with Canaan, specifically to require Westland to continue to collect milk from Canaan's three farms," the company says.

"Both parties have agreed that Westland will continue to collect Canaan's milk until the Court has determined Canaan's application for an interim injunction."

Currently Canaan farming has 430 cows providing winter milk to Westland, of which  250 are autumn calvers. Another 1,500 cows will calve in spring and Standfast says planned start of calving is August 1.

"One herd is a certified A2/A2 milk supplier, and the other two herds rank in close to the top 5% of the national herd for breeding worth (BW) and production worth (PW)."

Standfast points out that Canaan Farming Ltd has participated in Westland's 'FarmEx' independently audited on-farm quality assurance program since its inception and has commonly achieved either 'role model' or 'fully compliant' status in "virtually all categories".

"We seek to run our farms to a high standard and comply with all relevant legislation. This is confirmed by WMP's FarmEx program, Assure Quality audits and Ministry for Primary Industries surveillance," Standfast told Rural News.

"Canaan Farming remains committed to being transparent with our business partners and constructively resolving any issues of concern they may have."

Westland's decision to cut ties with Canaan Farms follows an Employment Court ruling that members of the West Coast-based Gloriavale community working long hours from the age of six were employees.

The ruling referred to "strenuous, difficult and sometime dangerous" work done by children.

The community-owned Value Proteins - an offal processing plant and pet food maker - faces losing supply of offal product from major meat processors over the same concern about its labour practices. A number of meat companies and abattoirs truck offal to the export-licenced Value Proteins plant, which turns it into high value pet and stock food.

Silver Fern Farms, Alliance and ANZCO have all indicated they are looking at terminating commercial arrangements with Value Proteins.

Hot on the heels of moves by Westland Milk to stop processing its milk, reclusive Christian community Gloriavale looks to be shedding more agribusiness suppliers and customers.

A few weeks ago, Richard Wyeth took over as chief executive of Yili-owned Westland Milk Products and says his first impressions of the company and its people are positive.

Three weeks into his new role as chief executive of Yili-owned Westland Milk Products, Richard Wyeth is enjoying the job.