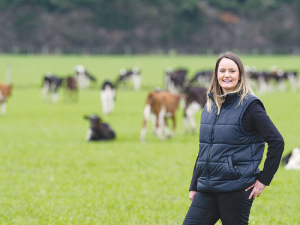 Global milk supply is stalling and that could mean more money in the pockets of New Zealand dairy farmers.

Rabobank’s latest Dairy Quarterly reports a stall in milk supply growth in the big seven dairy exporting regions -- especially Europe and the US -- setting the tone for a more bullish market.

The report notes global farmgate milk prices have moved off the lows posted at the start of the year and says they are expected to move seasonally higher through the second half of 2018.

The report author, Rabobank dairy analyst Emma Higgins, says the rally in global commodity prices, driven by poor weather that tempered milk production in the EU spring peak, and expectations that the NZ$ will ease slightly, had fed into the bank’s upward revision.

“Recent milk pricing news in a number of regions including New Zealand confirms the price cycle has now turned in most key export regions.

“While this will trigger a supply response, this response is likely to take time and be curbed somewhat by the pressure of rising feed costs on farm margins, so the global market is expected to remain well balanced for the next six months.”

“Looking forward to the next three months, the combined global milk supply across the major export regions is expected to grow by only 0.4%, with momentum in supply not expected to build until the start of 2019.”

For NZ, the report says a favourable milk price and adequate feed reserves are likely to contribute to a lift in production in the new dairy season.

On the demand front, the report says many buyers globally have cover and will remain sidelined in the coming months, however China is expected to re-enter the market in a more ‘meaningful’ way in the second half of 2018.

“Chinese import demand has slowed, but they are expected to become more active in the second half of the year.

“We expect much of the production growth out of NZ to be absorbed by increased demand from China, which relies heavily on NZ product, particularly whole milk powder.”

Without a disruptive event, Higgins said, global dairy markets should continue relatively stable, and global commodity prices are expected to be largely range-bound for the rest of the year.

While Rabobank is forecasting a higher milk payout this season, it warns of some “real risks” to the outlook.

Further culling of the NZ dairy herd due to Mycoplasma bovis disease and an escalation in trade tensions between the US and Mexico, China and Canada could create problems.

Emma Higgins notes that the targeted cull of 126,000 NZ dairy cows in an attempt to eradicate M.bovis disease is not expected to greatly affect short-term milk production, given farmers have some flexibility as to when cows are culled and the likelihood many will be milked for much of the season.

“However, the longer-term impacts are yet to be seen.”

“Further testing of this disease will occur over coming months, and it could result in further culling, with the discovery of a single infected cow potentially resulting in the culling of an entire herd,” she says.

Higgins says the trade frictions noticeable in dairy news are another risk for dairy markets.

“Recently we have seen the US at loggerheads with Canada and Mexico, as dairy products have been caught up in the tensions over changes to tariffs.”