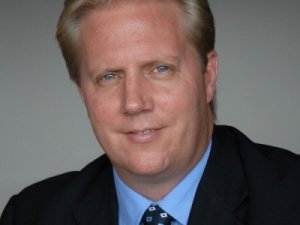 "This was a positive meeting for our core interests in trade and investment," says McClay.

"There is a clear political will to build on the successes of the World Trade Organisation (WTO) Nairobi Ministerial last year, which agreed to eliminate agricultural export subsidies, and to make progress towards concluding an Environmental Goods Agreement."

In respect of the WTO, G20 ministers have committed to advance negotiations in a number of areas, including on the trade-distorting effects of agricultural domestic support.

McClay says this is vitally important to New Zealand's export interests and would be welcome news to our rural sector.

"While much remains to be done, this meeting has been a useful step in the process toward the next WTO ministerial in 2017," says McClay.

G20 ministers negotiating the WTO Environmental Goods Agreement also reaffirmed their intention to conclude an ambitious agreement and to do so quickly, seeking to finish later this year.

"New Zealand has been a strong advocate of the Environmental Goods Agreement and I have pushed for an outcome that has clear benefits for both trade and the environment whilst in Shanghai. A successful outcome in this area could be beneficial for New Zealand trade," says McClay.

While at the G20 meeting, McClay had bilateral discussions with counterparts from a number of countries including Argentina, United States, Korea, Saudi Arabia, Indonesia, Mexico, Laos, Russia, and China.

"The diversity of New Zealand trade means we are active in a wide range of markets. This meeting was an invaluable opportunity to progress our specific bilateral trade issues with these countries."

New Zealand was one of only two non-G20 members to be invited by China to attend the trade ministers' meeting.