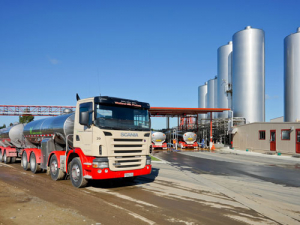 This month Fonterra confirmed that it held talks with Westland to find “a co-op solution”. But the talks broke down.

Morrison was asked if he could talk about discussions with Fonterra.

“The key for us is a guarantee that milk would be picked up from one end of the West Coast to another, a guaranteed competitive payout like the rest of NZ was getting and top value for our shares,” he says.

Fonterra chairman John Monaghan says it had “a very early discussion with Westland about finding a co-op solution to the position they found themselves in”.

“We weren’t able to progress and they went into another process.”

Monaghan expressed sadness at the “demise of another co-op” and said Fonterra would welcome any Westland suppliers willing to continue supplying milk to a co-op.