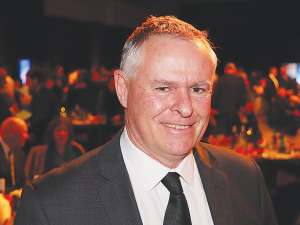 The Government, which has the numbers to pass the capital structure approved by co-operative shareholders into law, is hinting that it will only be seeking "tweaks".

Agriculture Minister Damien O'Connor told Rural News that the legislation "is likely to land close to" what was approved by Fonterra shareholders in December.

But he says the parliamentary select committee process will hear submissions from all parties, including independent processors unhappy with new capital structure.

"There will be further tweaks through the legislative process," O'Connor says. "There's no radical opposition and we will end up close to where we are right now."

O'Connor says he's seeking the best possible outcome to ensure Fonterra is ready for its "next era of development".

Fonterra was formed through the Dairy Industry Restructuring Act (DIRA) in 2001.

The Government is worried about the impact on the new capital structure on several fronts: contestability of milk supply; a suppressed share price in the restricted farmers-only market; higher prices for farmers' milk could flow through to NZ consumers; and value will be eroded for unit holders in the unit fund (Fonterra Shareholders Fund).

O'Connor says because of Fonterra's size and influence in the New Zealand dairy sector, the Government needed to take into account any potential risks to the long-term performance, innovation, sustainability, and value creation in the wider dairy industry.

"To that end we are also taking the opportunity to improve the transparency and independence of the raw milk price setting process, whilst also requiring a dividends and retention policy."

Jarden head of research Arie Dekker says having looked at various options, the Government has decded to support the capital restructuring and amend the DIRA to specificaly enable the unit fund to remain partially delinked on a permanent basis.

"For Fonterra, we consider this is an important step forward."

Dekker points out that, in light of the risks that have been identified around contestability for farmers' milk supply and its impact on value creaton for the wider dairy industry, the Government has agreed existing DIRA regulatory settings should be strengthened to reduce these risks.

Dekker says Fonterra was likely to readily accept two of the three proposed responses from the Government.

Fonterra chairman Peter McBride acknowledged O'Connor and MPI's work to develop proposed amendments. "The Government's aspirations for our industry are well aligned to the co-op's," McBride says. "We all want a high performing dairy industry, and a successful and innovative Fonterra is central to that.

"A flexible shareholding model will help our co-op maintain a sustainable milk supply. A global competitive co-op of scale is in everyone's best interests."

McBride says the Government has signalled that while regulatory changes will not be in place by 1 June, it expects the amendments to DIRA to progress through Parliament this year.