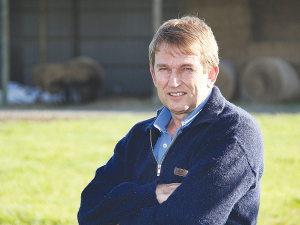 Malcolm Bailey, DCANZ, says it's a lousy deal, a significantly missed opportunity and sets an awful precedent for any future trade negotiations.

Malcolm Bailey, Dairy Companies Association of NZ (DCANZ), says the parameters the politicians finally set for the negotiations made it virtually impossible for our highly skilled trade negotiators to pull off a good deal for what he calls one of the big engine rooms of the NZ economy - the dairy industry.

"This is a lousy deal, a significantly missed opportunity and sets an awful precedent for any future trade negotiations," he says.

Bailey, who was in Brussels when the final touches were being put on the deal, says he had a sleepless night when he heard that the message from the Government to the negotiators was 'anything better than the status quo'.

He says DCANZ had urged them to keep on negotiating to get a better deal for dairy and says they were surprised at the approach they took.

He says the change in the language and the fact that NZ had signalled that it wanted a deal by June 30 was something of a cue to the EU negotiators, who knowing NZ's bottom line, appeared to adopt a tactic of stalling the negotiations and counting down the clock to the end of June.

"This appears to have made it extremely difficult for our negotiators to deliver something meaningful for the dairy and beef sectors.

"We don't use this phrase 'walk away' - for us it is just continue the negotiation rather than settle a deal at this time if it wasn't going to be good enough and, as we have seen, it is not good enough for dairy.

"In the end it was a decisions made by the Government and I have already said how disappointed we are," he says.

Bailey says he's not at all critical of the MFAT trade negotiators, describing them as "top shelf people".

He says while DCANZ was not at the actual negotiating table, they worked alongside the MFAT people and provided analysis and information to assist them where necessary.

Aged 64, Malcolm Bailey says farewell after a stellar career in the dairy industry but his knowledge, innovation and drive will not be lost to the wider primary sector.

Malcolm Bailey says one of the difficult things he's had to overcome in his tenure with DCANZ is getting traction in the media to point out all the initiatives and works that have been done by the industry in the face of public criticism.