Effort in gets best nitrogen reports out 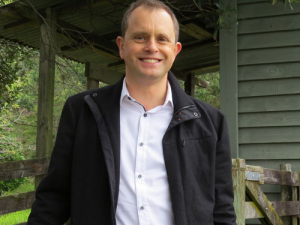 As dairy farms’ nitrogen reports start hitting letterboxes for last season, farmers are being encouraged to put as much effort into this season’s recording as they do into producing milk.

“These reports are a great tool for assisting farmers to analyse their nutrient use and see what needs to be done to improve their nutrient efficiency,” says Ballance farm sustainability services manager, Alastair Taylor.

“We know from our records how much fertiliser we have sold to a farm, for example, but what we don’t always know is where it was used, or if supplies were topped up from another provider. A farm might be feeding out silage or baleage from a run-off block, but don’t record it as brought-in feed because to them it’s home-grown. The better the information provided, the better the accuracy and the value of the final report.”

Individual nitrogen reports provide farmers with their nitrogen leaching risk and nitrogen conversion efficiency results, allowing them to compare their performance against other farms in their region. Increasing controls over farming in areas like Canterbury and the Waikato also mean the reports are a useful aid to achieving compliance with local requirements.

While keeping close records can be seen as a chore when there’s more pressing work to do, Alastair says attention to detail is increasingly important. “Even if you don’t do the formal recording, making a quick note about changes in stock numbers when they happen, or where you applied applications of fertiliser, all contribute to a better end result.”

Ballance has been integral to the record and report cycle that dairy farmers signed up to under the Sustainable Dairy: Water Accord and is the only fertiliser company actively working with all Accord signatories. Each season additional staff are brought in to process information recorded by suppliers to Miraka, Tatua, Synlait and new signatories Oceania, as well as a proportion of the data filed by Fonterra’s suppliers.

“Each season we’re generating more than 3,000 reports over a six week period using the industry modelling tool Overseer™. The information we provide then goes back to farms via their milk company.”

Reports help the dairy companies, farmers and their Ballance Nutrient Specialists to identify potential improvements to nitrogen use efficiency.

“With many regional councils bringing in nitrogen and phosphate rules, and with both being fundamental to farm production, losses are both a compliance challenge and effectively dollars down the drain. Aiming for high maximum nutrient efficiency makes farming, financial and environmental sense.”

Ballance has a range of free resources for anyone interested in turning the learnings from their reports into action available from http://www.ballance.co.nz/Our-CoOp/Sustainability/Farm-Nitrogen-Reports