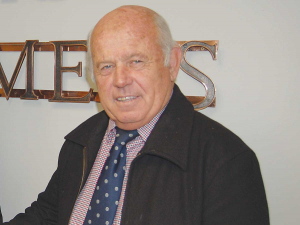 Unlike his stints in dairy companies, Wilding wasn’t paid for his work for promoting agri education and protecting the environment.

Last month, he received the New Zealand Order of Merit in the New Year’s honours list for services to the dairy industry and community.

“I’m happy that my volunteer work for conservation and education has been acknowledged,” he told Rural News. “My family and close friends are also delighted.”

Wilding, 69, is still actively involved in the dairy industry: owning a 420-cow farm with his daughter and son-in-law in Tirau and chairing Federated Farmers Sharemilker Farm Owners Section.

He was the first community/landowner co-chair of the Maungatautari Ecological Island Trust. He has built strong relationships between landowners and mana whenua.

Wilding is currently a trustee and was chair of Leukaemia and Blood Cancer New Zealand until August 2019, and has also been actively involved with the Pohlen Community Trust Hospital, the Okoroire School, and the Tirau Golf Club.

Wilding says he loves serving the community and has no plans to slow down.

As chair of Feds sharemilkers farm owners section, Wilding has worked closely with sharemilkers around the country.

“Tony is an absolute gentleman who has represented the Sharemilker farm owners well, for the betterment of the sharemilking industry,” he told Rural News.

“His wealth of experience in governance and in resolving sharemilking disputes has been of great benefit.

“He understands the issues sharemilking faces from both points of view and then communicates this in a way to ensure a full discussion is had and a fair outcome is reached.”

McIntyre says at Federated Farmers Wilding has worked tirelessly on the revisions of the various sharemilking agreements and has “a near encyclopaedic knowledge”.

“On a personal note, I’ve had the privilege of working alongside Tony for the last five years,” he added.

“During this time, Tony has taught me a great deal about governance, chairmanship, finding consensus and working together to achieve a ‘fair’ outcome for all involved.”