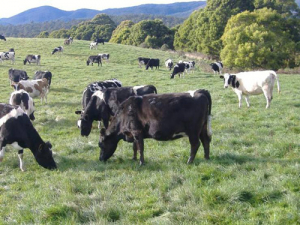 This includes confirming areas where people who had suffered losses would be eligible for compensation, the report says.

This applies particularly to ‘grey’ areas such as welfare slaughter in the case of a significant disease outbreak like foot and mouth disease, or for losses because of a national livestock standstill, says the report, which compares NZ’s vet services and systems against international standards.

The report is largely complimentary but has raised some recommendations.

Systems, processes and supporting logistics need to be developed for dealing with compensation claims for medium-large responses, as the current process is “very cumbersome and unworkable,” the report says.

The ‘Whole of Government Biosecurity Response’ guide also needs to be updated to outline the future integration of government – industry agreement (GIA) partners into biosecurity responses, the report says.

The self-evaluation of the NZ veterinary services was based on the World Organisation for Animal Health (OIE) methodology.

It was released last month.

It recommends that the roles and responsibilities regarding disease preparedness, as well as agreement on who is responsible for leading what type of response, need to be clarified.

“There should also be clear criteria and cross-organisational processes for involvement in emerging disease scenarios, particularly where non-infectious diseases are involved,” it says.

The report also says that after multiple mergers and restructures of MPI needs to develop a clear, comprehensive organisational chart. This should clearly outline functions, key role holders and the main areas of interaction between the different parts of the organisation.

"This will be useful for MPI staff and stakeholders. This should be widely publicised, freely available and frequently updated to ensure currency. This should help stakeholders identify and find appropriate parties in MPI."

MPI should ensure there is systematic consultation to ensure all relevant parties are consulted and all comments considered.

It also needs to be ensured that the depth of response to consultation is appropriate for the issues raised, and that adequate time is allowed when comments are requested.

The report says the access to markets via NAIT has brought about significant improvements to animal traceability.

The review of NAIT now starting is an ideal opportunity to improve the system.