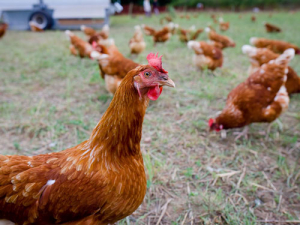 He says the local industry had been considered free of IBD type 1 and has worked hard to protect its unique disease-free status for at least 20 years.

The detection of the suspected type 1 strain on Mainland’s Waikouaiti farm in Otago has some industry members concerned.

But overall there is “confidence it is being controlled well,” Brooks told Rural News.

“We had a IBD type 1 outbreak in NZ in 1993 and were able to successfully eradicate it,” he said.

“Biosecurity NZ is working with us and NZ’s trading partners to manage any potential trade impacts and are looking into a range of possibilities to determine how the virus may have arrived in NZ.”

Biosecurity NZ says there is no evidence that IBD type 1 poses any risk to humans or animal or bird species.

Brooks says the strain was discovered at Mainland’s Waikouaiti farm in Otago via its own regular voluntary testing routine.

IBD is contagious amongst poultry aged two to 15 weeks.

“When Mainland’s testing identified a possible positive for IBD, no birds were exhibiting any signs of illness or distress.  They continue to show no symptoms, which is not uncommon with some virus strains, and all birds are through what would be the critical period of the virus.

“Also, a second Mainland property near the Waikouaiti facility has returned suspect results.”

More overseas testing is required to confirm IBD type 1. Biosecurity NZ has suspended trade to four countries which require a guarantee that NZ is IBD type 1 free. Australia is the largest importer of NZ chicken meat.

Testing for IBD on egg and poultry farms nationwide has accelerated.

Operations at the Waikouaiti farm will continue as usual as none of their birds show any signs of illness.

“Mainland has exemplary biosecurity measures in place, and Biosecurity NZ and the industry have confidence the virus will not spread from that facility,” Brooks said.

Biosecurity NZ confirmed no birds at the Mainland Poultry farm in Waikouaiti have disease symptoms. The farm is under voluntary biosecurity controls as a precautionary measure.

Departmental chief scientist Dr John Roche says the virus can affect the immune system of young chickens but it poses no risk to human or animal health.

Biosecurity NZ response manager David Yard says it will work with industry to consider options to manage the situation.

Biosecurity NZ has been hit with staff shortages following the border closures.

Push to prevent the next pest entering Taranaki

Taranaki Regional Council and the Ministry for Primary Industries (MPI) have joined forces to identify the pathways by which new pest plants could enter the region, whether by road, rail, coast or air.

Biosecurity NZ has spoken directly with its Australian counterparts, who have confirmed no live foot-and-mouth (FMD) disease virus has been found on food there, says deputy director general Stuart Anderson.

The Government is tightening up its biosecurity settings following an outbreak of foot-and-mouth disease (FMD) in Indonesia and also the recent discovery of viral FMD fragments on pork imported into Australia from China.