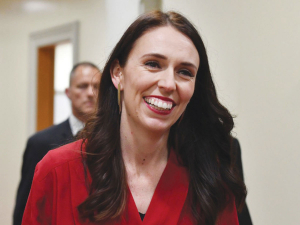 Prime Minister Jacinda Ardern says the transition to lower emissions will create jobs and assist with the Covid-19 recovery.

The Commission’s final advice sets out the total amount of emissions New Zealand must cut over the next 15 years. It also provides three different pathways the Government could follow to keep within the proposed emission budgets.

The report says New Zealand has committed to reaching net zero emissions of long-lived greenhouse gases by 2050, and to reducing biogenic methane emissions between 24-47% by 2050.

It says that New Zealand is not on track to meet its emissions targets.

The report states that instead of putting policies in place to decarbonise the economy and develop low-emissions technologies, practices and behaviours, New Zealand simply planted more trees to offset emissions in the 1990s and meet emissions targets.

Since 1990, gross emissions have increased by 26% and the country is now in a position that makes it more difficult than it could have been if structures, strategies, and plans had been developed to manage the situation then.

It also states that current government policies do not put New Zealand on track to meet the Commission’s recommended emissions budget or the 2050 targets.

The Commission recommends a staggered reduction in greenhouse gas emissions for the whole country over the next 14 years, so that by 2035 the net long-lived greenhouse gas levels will be 63% below the 2019 number.

“The Commission’s final advice shows that this Government is taking action to reduce emissions in all the right areas,” Prime Minister Jacinda Ardern said upon the report’s release.

“The transition to a low emissions future for Aotearoa New Zealand will create jobs and new opportunities for Kiwi businesses, help reduce household energy bills, and secure our recovery from Covid-19. There will also be benefits to health because of warmer, drier homes, more walking and cycling, and less air pollution.”

Ardern says the Commission states that delaying action will only make the effort harder and more expensive for the economy in the long run.

“It predicts that not taking action now will cost us 2.3% of GDP by 2050, almost double the cost to our economy of acting now.

“It is smarter and cheaper to act now, and that’s why we’ve spent the last three and a half year laying the foundations for a prosperous, low-emissions economy.”

For farmers, the report makes a number of recommendations to reduce emissions. These include reducing stock rates, reducing replacement animals, and moving to lower input farming systems.

Agriculture Minister Damien O’Connor says the Commission shows it is both affordable and achievable for the agriculture sector to play its part in meeting climate change targets.

“Farmers around the country are making good progress to align their business with efforts to reduce emissions. Our challenge now is to accelerate the use of existing technologies and ensure the further adoption of on-farm practices that lower emissions,” O’Connor says.

He adds that the Government will set out a plan for lowering on-farm emissions will be set out in the forthcoming Emissions Reduction Plan.