Biosecurity: we’re in this together 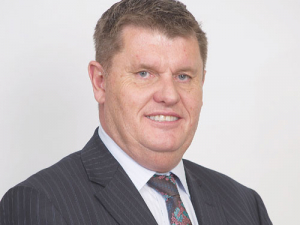 Biosecurity is relevant to every New Zealander, according to the head of Biosecurity NZ Roger Smith.

He points to statistics showing that while 60% of people understand biosecurity, only 2% think it is relevant.

“That is a terrible statistic,” Smith told Rural News at the Biosecurity Forum in Auckland last week. “Actually, biosecurity is relevant to everybody.”

The forum, first held last year, gets together stakeholders — traditional and non-traditional — to take stock of work done to raise awareness about biosecurity.

“Some people think biosecurity is only relevant for farmers, but if you run a florist shop biosecurity is as important, so we have people at the forum from right across the spectrum.”

Biosecurity 2025, launched by the Government to raise awareness -- ‘Ko Tatou, This is Us’ – is an independent brand for the biosecurity community.

Smith says one of the main themes for Biosecurity 2025 is to build a biosecurity team of 4.7 million – all New Zealanders.

“We are creating a movement that connects and aligns all the actions and activities by individuals, businesses, iwi/hapū and communities across the biosecurity system and encourages further action.

“The movement shows all New Zealanders, both individuals and businesses, that they are essential in helping strengthen our system and that every small action towards better biosecurity is important.”

Biosecurity NZ was set up as a separate department of MPI by the Labour-led coalition.

The Government wanted to reaffirm the importance of biosecurity, Smith said, and many people saw MPI’s biosecurity branch as “interested in what farmers are doing”.

“When I used to go to a meeting representing MPI, even though I’m from biosecurity, I would be told that [MPI is] only interested in what farmers are doing. Conservation groups meeting us said ‘you are not interested in us’.”

He says Biosecurity NZ as a separate department reaffirms the importance the Government is placing on biosecurity for everyone in the country.