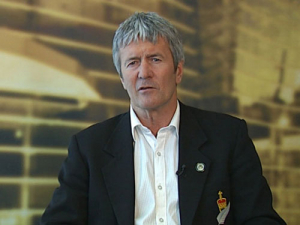 O’Connor says redevelopment of biosecurity checking areas appears to be the last thing the airport is spending money on, despite its assurances to him early in his time as minister that it would do the work needed.

“Frankly I find that abhorrent. They have invested in every other area of airport development and spent hundreds of millions of dollars, yet the area of welcome where we first have to interact with many of the people visiting New Zealand is not up to standard,” he told Rural News.

“We want better systems of biosecurity checking and we have one x-ray machine in there at the moment. We want to put another one in, but we simply don’t have the room or space to do justice to either the biosecurity system or the people visiting NZ.”

O’Connor says the airport company obviously doesn’t see this as a high revenue area and that upgrading the biosecurity area is a low priority. He’s had “promises and promises” and says he’s a little tired of these and wants action.

The airport needs to speed up its development plans, O’Connor says. “The fact that they have left it until last is in my view outrageous.