A couple of nice surprises for Ag 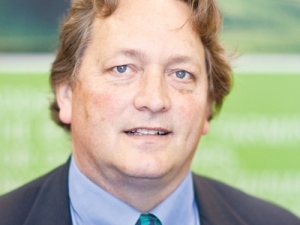 Feds vice president Anders Crofoot was pleased to see extra funding for R&D, biosecruity and agtraining in the Budget.

The wider agribusiness sector has nailed its share of loot in the recent Budget – with extra money for R&D, training, irrigation, animal welfare and biosecurity.

In a Budget which gave away little, there were some surprises – most notably the $25 million over five years to fund ‘regional research institutes’.

According to the Minister for Science and Innovation, Steven Joyce, the Government will work with regional stakeholders to identify where the new institutes will be located and what they will do. Joyce quotes the example of the Cawthron Institute in Nelson, which has a focus on aquaculture, marine biosecurity and coastal and freshwater ecology.

It’s assumed that horticulture, including kiwifruit in the Bay of Plenty, may get the nod, possibly biosecurity in Auckland, dryland farming on the East Coast and just maybe something for Northland where jobs and votes are scarce.

In the science area Callaghan Innovation gets more cash, which spills into the agritech area, and there’s more for science in society with the aim of lifting New Zealanders’ engagement with science.

Biosecurity is a big winner: an extra $24.9 million for biosecurity over four years and an extra $2 million to pay for security at the border. Also, a levy of $16 per person entering the country and $6 departing imposes a user-pays onus on travellers – a move welcomed by the agri sector. HortNZ, BLNZ and the Meat Industry Association say the new levy is fair and sensible and sheets home the cost to the people who pose a risk to the nation’s biosecurity.

Irrigation projects will also get $25 million over five years from 2016-17.This will pay for investigating and developing regional irrigation schemes, says the Minister for Primary Industries, Nathan Guy. He says the Irrigation Accelerator Fund has the potential to develop irrigation schemes which will boost exports and create jobs in the regions.

Feds vice-president Anders Crofoot says, from a farmer’s perspective, it was a good, conservative Budget.

He was pleased to see extra dollars assigned to R&D, but was surprised at the plan to set up research institutes in the regions.

The details and the eventual outcomes will be interesting, he says, but he’d be concerned if research was spread too thinly. He notes R&D money is now in ‘lots of buckets’ and he’s not sure this is a good idea.

Crofoot was also pleased with the extra money for agricultural training. “That push into more funding for higher education in agriculture is going to stand us in good stead,” he told Rural News.

“And the levy on air travel is a good way of sheeting home some of the costs to where the risks actually occur. As more people fly by air this levy will, in effect, make biosecurity self-funding, as opposed to NZ taxpayers having to pay for the increasing demand for biosecurity.”