Vets continue to look into cause of swede deaths 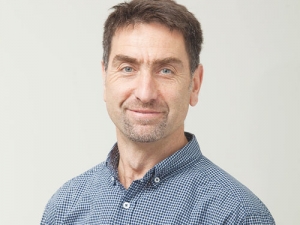 The unusual pattern of disease and mortality that affected dairy cows grazing on swedes last winter in Southland and Otago was a topic for discussion at the recent New Zealand Veterinary Association (NZVA) dairying conference held in Queenstown.

It is estimated that cattle and ewe deaths associated with swedes, particularly a novel strain known as HT (herbicide tolerant) swedes, was well into the hundreds.

Swedes are a brassica crop commonly fed to many stock on the lower South Island during winter and have been used as a feeding crop for over 50 years by dairy farmers in the region.

VetSouth’s Dr Mark Bryan presented findings of the first comprehensive epidemiological analysis of the region’s deaths undertaken by VetSouth, including case studies, blood analysis and mortality data, from farms in Southland and Otago – the areas most affected by the novel disease.

He says determining the cause of cattle illness and disease proved very complex, especially in the initial stages.

“It was essentially an emerging disease, with limited evidence to work from, unusual patterns of illness and death, and a lot of anecdotal comments from farmers. The pattern of disease varied greatly across farms and stock types. To get robust analysis, it was important to drill down to gather strong data and avoid conjecture.”

Data on the relative proportion of the novel HT swede, compared with other swede varieties – had not been made available so it was not possible to simply assess mortality and disease rates across the region according to variety planted, Bryan adds.

However, he says the fact that 39 of the 41 farms initially investigated used HT swedes and only two used a different variety strongly suggested a link. By the end of spring these numbers had doubled.

VetSouth analysis of his data shows there was a significantly higher risk of mortality amongst cattle in Southland grazing on HT swedes during the winter of 2014 than on any other feed type.

Bryan says the case histories and the biochemistry help build a picture of the various health issues that emerged ranging from death, acute liver disease and photosensitivity, through to weight loss and abortions.

It is thought that glucosinolate (GSL) levels in swedes were elevated, most likely due to an unusually mild climate in most of the south. This is thought to have caused severe damage to some cows grazing crop.

Bryan says the analysis of GSLs is the missing link; there are challenges in finding laboratories able to test for them.

The Swede Working Group’s advice to farmers this season has been to take a vigilant, cautious approach to signs of illness from crops and for improved transition feeding management, which includes a gradual introduction of crops.

Bryan says vets are monitoring the situation for any further issues related to brassica crops over winter.

However, it is feared that the disease is not just a dairy cow issue. NZVA says it intends to capture animal health issues and mortality data across all species this winter, to develop a greater understanding of the problem facing farmers.

PGG to pay for testing

PGG Wrightson Seeds has agreed to take responsibility for the costs associated with investigating animal health issues, including stock autopsies and blood testing.

Seed & Grain general manager John McKenzie says the company will do this as a part of the Swede Action Group,

“Part of what we agreed was responsibility for monitoring swede-related animal health issues.”

At least 200 dairy cows and 300 ewes died after grazing on HT [herbicide tolerant] swedes in winter 2014 in Southland and Otago.

While there was testing done by PGG Wrightson Seeds last year, the protocol had changed.

If a farmer notices illness in their stock while they were feeding on brassica crops, they should inform their veterinarian.

From there, the veterinarian will alert the New Zealand Veterinary Association, which would inform a specialist veterinarian at Massey University who will decide what testing would occur from there, McKenzie says.

“We’ve been paying for investigations last year and this year; there’s a better protocol this year.”

He says both PGG Wrightson Seeds and the farming industry want to find out what has been happening with the animals.

“We’ve been paying these costs because what we want to understand is what’s happened; it’s a learning process,” McKenzie adds.

Vets NZ-wide are gearing up to help farmers comply with new rules on using local anesthetic while removing horn tissue from cattle.

Mark Ward has been appointed as the new chief executive of the New Zealand Veterinary Association (NZVA).