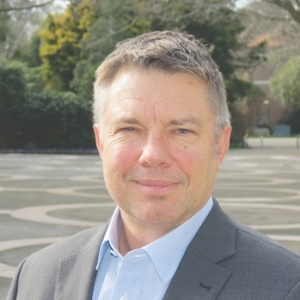 The vets’ national body says it is looking forward to greater transparency and enforceability of animal welfare standards when the Animal Welfare Act Amendment Bill is passed in mid-2015.

The primary industries select committee recently recommended accepting most of the suggested amendments to the bill.  The NZ Veterinary Association (NZVA) says it is pleased to see that codes of welfare will be more strictly enforced.

“Public perceptions of what constitutes animal cruelty have become markedly more conservative over recent decades, and legislation must reflect this shift in attitude,” says NZVA president Dr Steve Merchant. “Practices once commonplace for companion animals and farm stock are no longer acceptable or tolerable.

“The new legislation includes substantial progress on significant surgical procedures (SSPs), which was a major focus of NZVA’s submission on this bill. We lobbied for a clearer definition of SSPs and the retention of the current policy that SSPs only be performed by veterinarians or veterinary students under veterinary oversight. Both have been implemented.

“We also supported a list of classifications for SSPs to be included within regulations and for this process to be driven by NAWAC in consultation with key stakeholders such as NZVA.”

While the act will not specify SSPs, there will be a list of classifications for SSPs to be developed in the regulations after the bill is passed as part of the consultation phase.

The NZVA is also pleased to see stronger regulation of live animal exports. “This should allow veterinarians to play a more substantial role in the assessment and monitoring [assurance] of the export process and associated animal welfare issues.”

Merchant said that the issue of having the right to seek a second opinion regarding euthanasia of severely sick or injured animals, as reported back in the bill, will remain a problem for veterinarians in practice.

The NZVA believes the current process can result in big delays, leading to further harm and/or suffering in animals and is frustrating for professionals.

“Another reservation lies in the potential for economic or practicality issues to override animal welfare when NAWAC develops future codes of practice [for animal welfare],” Merchant says. “That said, once the bill is passed into law NZVA will consult to develop regulations.”