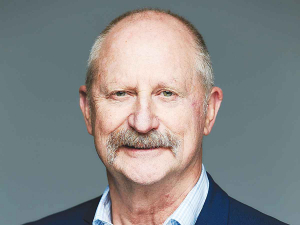 The test could play a critical role in accelerating the eradication of the disease from New Zealand and preventing another incursion.

Pictor chief executive Howard Moore told Rural News the current M. bovis test is not as sensitive as it could be.

The company has collaborated with the University of Melbourne, which Moore claims is the world’s leading expert in M. bovis research, to develop a more sensitive test for the disease which will have five biomarkers instead of just the one in the current test. This means from a single sample of milk there will be more informed diagnoses of M. bovis through the detection of multiple biomarkers. The new test will also reduce the analysis costs, complexity, and sample volume.

“The more sensitive a test the more reliable it is in picking up the disease,” Moore explained.

He says the current M. bovis testing produced a number of false negatives meaning herds infected with the disease are not easily detected.

Moore says NZ has more data on M. bovis than anywhere else in the world.

“In biotechnology, the more data the better,” he explains.

Meanwhile, chair of the M. bovis advisory group and MPI’s chief science adviser John Roche says the development of a more sensitive M. bovis test has the potential to optimise future testing for the disease.

“The current testing regime is good for this stage of the eradication programme. However, in 12-18 months as the prevalence of the disease in the cattle population gets lower and lower, the ability to detect it will get harder and harder.”

Roche says better testing will play a critical role in accelerating the eradication of M. bovis from New Zealand and in preventing another incursion.

Moore says while Pictor will be developing the testing kits, MPI will still be carrying out the actual testing.

He estimates the new testing kits will be available by June or July 2021, and these will be 100% manufactured in NZ.

Pictor also has plans to develop a test for detecting COVID-19 infection that will give a result in less than an hour.

Chief executive Howard Moore says current diagnostic testing in New Zealand for COVID-19 is slow, complex, expensive, and must be done in a specialist central laboratory.

“We are developing a new diagnostic test to detect SARS-CoV-2 infection at all stages of the COVID-19 disease,” Moore says. “It will involve the simultaneous detection of specific biomarkers involved in different stages of infection, enabling early diagnosis of infected patients, including asymptomatic patients.”

He says the test will be fast (taking less than an hour), cheap and will not require specialist infrastructure. “This makes the new test ideal for deploying globally, including remote locations, decentralized labs and developing nations.”

Moore is hoping Pictor will have the new test ready for clinical trials within six months and available for use in 6-12 months.