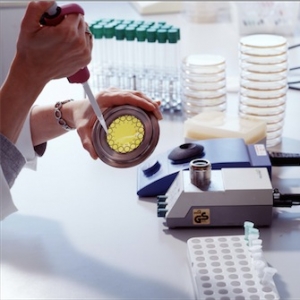 LIC’S $11M spend on R&D is high by NZ primary industry standards, says chief executive Wayne McNee. The core business of sire proving and getting the best bulls, the development of new IT products and longer-term R&D took most of the money. Some research is government supported through Primary Growth Partnership and other funding.

Among products launched this year was improved NAIT functionality in Minda. “We are working with NAIT so it becomes a more seamless transfer of information back and forward – necessary as NAIT becomes a compulsory requirement coming into next year and this makes life easier for farmers, so [they] don’t have to dual enter.”

The calving, look-up, pasture covers and mating apps have been good innovations, the uptake has been strong, and more will be added. Many people are carrying smartphones around farms now, McNee says.

Minda Repro in-calf reports are being tested before going live. The EZ Heat In-Race product was launched this year to strong demand. Some farmers had complained they could not get it. LIC had a controlled product launch to ensure it could be fully supported.

Pre-sexed semen for Friesians was limited to the Genes on Legs programme, and there was some KiwiCross. They were working with Sexing Technologies (US), the only company worldwide which had the technology, to see if supply could be increased, McNee says.

Genomic selection is continuing with a review of selection of young bulls and the wide programme. “It has also been important to identify good and bad variants within the genome so we can focus on removing or improving those.”

The Premium Sire Forward pack was changed based on a review of evidence. “We pulled the yearlings out of the team, instead introducing the spring bulls. The Forward Pack is the best of the best of the young spring bulls and the premiere sire team and daughter proven team.”

LIC is bringing in more AV technician and is increasing training. A record number of straws were produced and delivered, reaching 140,000 a day in the peak. – Pam Tipa