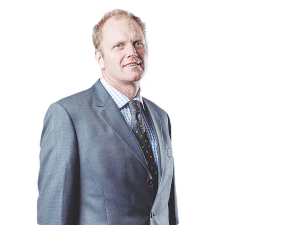 GFF chair John Jackson says the problem is not attracting potential trainees, but an inability to train the numbers required.

There appears to be no shortage of school leavers wanting a career in the sheep beef and deer industry, but rather a lack of training farms.

"However, at this stage less than 20% of these students will get an opportunity because we have not an adequate number of training farms on which to place these students," Jackson told Rural News.

"Our problem is not the inability to attract potential staff to the industry, but an inability to train the numbers we require."

He says the GFF model requires sheep and beef farmers to integrate students into their workplace and give them an opportunity to grow their experience and skill set, with the help of locally-based industry experts and backed by a formal qualification process.

The farm trainer makes an investment in the student providing a weekly sponsorship payment to their student of $180 per week - as well as providing appropriate accommodation, WiFi and power.

"Provision of a safe and encouraging workplace is critical to a successful outcome" Jackson says.

"Over the last three years GFF, have built and trialled a holistic approach to training," Jackson adds.

"It is real training in the workplace (not the classroom), where robust qualifications - utilising the best of industry expertise and delivery, as well as wrap-around pastoral care - is delivered."

Liaison managers are employed in the regions and are a key point of difference in the GFF model, with regular (at a minimum weekly) contact with students and farm trainers.

"This is absolutely a farmer-led initiative, where we have tried to take the best processes from New Zealand's most sought after traditional training institutions and use these - along with our own requirements - to develop the GFF model," Jackson explains.

However, he claims the GFF scheme is much more scaleable than the traditional model.

"In an ideal situation, we will have eight students on farms within an hour's drive of each other and a liaison manager assigned to that cluster of students and farm trainers."

With 44 first year students currently in the programme nationwide, a GFF student is on farm from Monday to Thursday, with a training day off farm (with other students in their cluster) on the Friday. Meanwhile, students are also encouraged to go home on the weekend where possible.

In a typical week, a GFF student is on farm from Monday to Thursday, with a training day off farm (with other students in their cluster) on the Friday. Meanwhile, students are also encouraged to go home on the weekend where possible.

Jackson concedes that a farm trainer’s commitment is considerable but adds that more than half of GFF’s 50 current farm trainers have opted to take on an additional student for the 2022 intake.

“So, these guys will have both a first and second year student on farm for the duration of the 2022 year.”

Student accommodation is another constraint to the programme’s expansion.

However, despite the challenges of accommodation and farm trainers, Jackson says the GFF model has proven to work well – both on farms where the farmer trainer is the sole operator, as well as larger properties with multiple staff.

John Jackson’s ability for future and critical thinking saw him deeply involved in the development of an agribusiness programme that has now been rolled out in secondary schools throughout NZ.