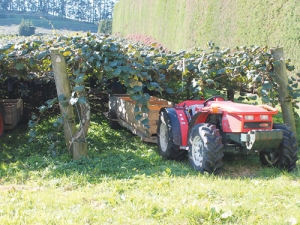 Kiwifruit orchard values are going through the roof on the back of a revamped sector.

He says the vine killing disease Psa impacted growers' balance sheets significantly, but the banks were flexible in working through Psa issues with growers.

"Most growers were able to survive Psa and see their orchard values not only recover but increase significantly. Land values in kiwifruit country are through the roof, particularly the Gold but even the Green.

"The kiwifruit industry is attracting a lot of attention in the primary sector compared to what's going on with other primary industries."

Limmer adds that Gold3 has been a big driver of the shift, so has greater productivity overall, particularly in Green.

Psa forced growers to be more vigilant and more proactive in protecting their crops. But productivity has also grown.