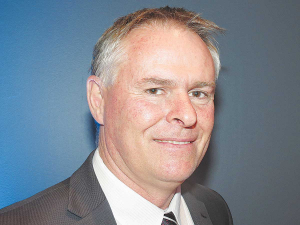 Fonterra's board and management are on the road to discuss capital structure options with farmer shareholders.

Last week, the annual Fonterra network conference in Auckland, heard from the co-operative's board and management.

Over the coming months, farmers will have the chance to share their views through a series of meetings and webinars.

Fonterra says if the appetite for change remains, the board will do further work to refine the preferred option or options and have a second round of consultation.

Any changes to the co-op's capital structure require 75% approval from voting farmers. A farmer vote will take place around the co-op's annual meeting in November.

If the preferred outcome is to buy back the Fonterra Shareholders Fund, it would also require the approval of 75% of votes from voting unit holders.

Fonterra chairman Peter McBride says it has been talking to the Government about the proposed changes. As some aspects of Fonterra's current capital structure are reflected in the Dairy Industry Restructuring Act 2001 (DIRA), changes to legislation by Parliament will be needed.

He notes that DIRA enabled Fonterra to be formed so that an efficient co-operative of scale could lead New Zealand into global markets.

McBride says Fonterra's board has spent a significant amount of time looking at a wide range of options, including staying with the current structure.

It has a preferred option: a "Reduced Share Standard with either No Fund or a Capped Fund", which has unanimous support among the board and management.

McBride says the board believes the best option for the co-op is to move to a structure that reduces the number of shares a farmer would be required to have and either removes the Fund or caps it from growing further, to protect farmer ownership and control.

Farmers will be encouraged to share their views on these and other features, McBride adds. "This would make it easier for new farmers to join the co-op and give more flexibility to existing farmers who may want to free up capital or who are working through succession.

"We believe this is a more sustainable proposition over the longer term than the alternatives we are confronted with."

McBride says this is the board's current thinking, but they are open minded about adjusting that direction based on farmer feedback on any of the options. He says the co-op's capital structure needs to be addressed urgently.