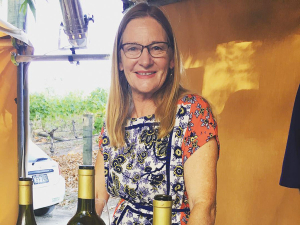 Oliver Styles spoke to owner and founder of Domaine Dujac, Jenny Dobson. Here's what he found out.

“When I turned up in Burgundy they still had signs outside cellars saying ‘interdit aux femmes’ [no women allowed]. I asked Jacques Seysses [owner and founder of Domaine Dujac] about this - he was a well-educated man, he wouldn’t be so superstitious - and he said, ‘well, you know, they think that a woman has a different pH and she might turn all the wine in the cellar to vinegar...’ Come on, Jacques, I said. Then he said, ‘well, you know, when a woman has her period, if she goes in the cellar, they say the wines will referment every month.’ The last excuse he gave was that a woman might be a distraction in the cellar and that someone might fall from a barrel or not look where they were going. In my first vintage there they didn’t let me foot-stomp the grapes. In my second vintage, I was allowed...but only when all the old workers were busy in the vineyard.”

Jenny Dobson is running me through the inexorable march of equality in the land of Liberty, Equality and Fraternity in the courtyard of Unison - one of her numerous clients. We’re in the middle of the Gimblett Gravels, at a wooden picnic bench, the back of my neck is very much sunny-side up and I can feel a bead of sweat progressing rapidly down my flank. But Dobson is one of those people I could listen to all day. Since my arrival, it has taken us 45 minutes get round to the interview proper. She’s shown me around, we’ve tasted a few wines, and we’ve chatted about growing Fiano (she has an eponymous project since 2014), spray drift, vine propagation, tannin management, sealing paste for wooden-doored Botti, and oxygen management in red ferments.

Dressed in workboots, shorts and T-Shirt, clambering over tanks to pull samples, mixing chemicals on the rudimentary lab bench, she could pass as a cellarhand. And, for one of Hawke’s Bay’s (if not, one of New Zealand’s) most experienced winemakers, there is still a sparkle in her eye - a passion for what she does that burns undiminished. Those who work in Hawke’s Bay know that she is irrepressible at a tasting - she always something to say, and I’m sure this is simply an extension of that passion. It’s infectious.

Jenny spent a good 15 years in France, from the late 70s to the mid 1990s, finishing off with 10 years at Bordeaux Cru Bourgeois Chateau Senejac where she was Maitre de Chais (a title that encompasses the roles of cellar master and assistant winemaker).

“I got as far as I could get in France as a woman and as a foreigner” she says. She and her family moved back to New Zealand, via Western Australia, 1995. “When Marlborough was about 5,000ha and Hawke’s Bay was about 5,000ha under vine.” They looked at all the wine regions but Hawke’s Bay was the “logical choice” because of the Bordeaux connection.

I ask her about the attitudes in France towards women working in wineries in the early 80s. This is when I get the tale about the signs outside some cellars in Burgundy. “But I didn’t have too many issues in France,” she says. “Maybe because I was a foreigner as well...but attitudes [since then] have changed enormously. I don’t think people bat an eyelid when they see a woman in the cellar or running a chateau now. Maybe they’ve moved faster than New Zealand?”

I ask her about that. Women in Wine is undoubtedly a great step, she says, but it can’t be exclusionary. In many ways, she is keen to stress, much of the progress in gender balance has happened without it being forced. “I’ve seen enormous changes in the last 40 years,” she says.

The acceptance of women working in cellars “just happened”. Where there are issues, however, is when women move up the ladder from a cellarhand role. She thinks it’s a generational thing – many of the people at the top level in wine haven’t come up working next to many women in the cellar. “I think there will be a natural change in attitude,” she says, citing condescension, a resistance to women being taken seriously at higher levels in winemaking, even a feeling that women are challenging [those in higher positions].

Dobson is keen to point out that getting first jobs in winemaking is equally hard for both genders. She would like to know though, “how many women go through education courses, then how many find permanent jobs in the industry.

It’s a difficult balance, though. Dobson is clearly worried about the scheme being “isolationist” and a tendency of coverage to “put women on a pedestal that they don’t deserve”. She’s worried about a push-back. “We’re just winemakers,” she says. And we’re back to talking about how she used to dole out 50L of wine (the ‘Vin de consommation’) to each worker at Senejac every month. They clamped down on the volume in the 90s, she tells me. But they got around that by insisting that women got it too.

Master of Wine Margaret Harvey may not be so well known amongst younger wine industry members. But ask any one of the pioneers of the 80s and 90s about her, and you are bound to hear glowing reviews.

The reasons for applying to be part of the Women in Wine mentoring programme may have differed for the 16 women taking part, but the outcomes were all the same. Success.

“Falling in love with flavour” is how Angela Clifford ended up in the world of wine.