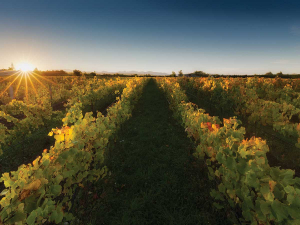 La Niña is currently weakening and is forecast to fade out over the next two to three months.

This should leave neutral conditions for late autumn, but there will be a tendency for northeast flows to persist for a while. A more unsettled period of weather may eventuate towards the end of April and into May as the blocking high pressure systems give way. There are no long term signals yet of a transition into El Niño and the latest discussion is that conditions may remain close to neutral for several months.

What has been going on?

The past six months have seen our weather influenced by a moderate La Niña. Some unusual short term weather events made headline news for various regions. From the 200mm of rain that fell on Napier, to temperatures closing in on 40C in South Canterbury, to a near frost about parts of Marlborough and North Canterbury during February, these events punctuated what turned out to be a pretty average kind of summer. Mean temperatures have been near to average or maybe a little above average, but rainfall fell away in many places as summer wore on.

Part of this unusual weather was caused by two global weather patterns that were working against each other. La Niña traditionally brings cooler water to the equator across the Pacific and an increase in northeast winds, as well as an increase in the risk of ex-tropical cyclones forming and possibly affecting New Zealand. This was matched off by a positive Southern Annular Mode (SAM) which showed a decrease in activity of the belt of westerlies that roar around Antarctica between latitudes 50-60.

The later part of summer has seen high pressure move into a blocking position east of New Zealand and the few tropical cyclones that have formed have so far had little or no effect in terms of headline making weather. The southern annular mode may remain a weak positive which means fewer strong westerlies through autumn. This could be offset by low pressure systems that will drag up cold air to mix with warm subtropical air either in the Tasman Sea or in the Pacific Ocean and we may get a few turbulent weather events before winter arrives.

Outlook for April and May:

Mean temperatures are likely to be close to average but a slightly larger diurnal range should see a few cold mornings about inland valleys and areas away from the coast. There may be an increase in humidity at times and again we are expecting a number of foggy or misty mornings. Rainfall may be close to average, but there is still a tendency for rainfall totals to be below average for the remainder of the season. There is likely to be some rain for Marlborough from both the northwest and the east as our patterns become more unsettled. North Canterbury may have to wait for a rain event out of the east to produce larger amounts of precipitation.

Mean temperatures are likely to remain a little above average for the remainder of autumn. High pressure means a few cold nights and the occasional frost, but daytime temperatures are likely to be quite mild at times. There will be a number of strong periods of northwest winds followed by the traditional cold southwest change, but these may be fewer than normal so the number of cold outbreaks is reduced. Rainfall totals will depend on the tracking of any low pressure systems as we move into May. If low pressure remains to the north then rainfall totals are likely to remain below average